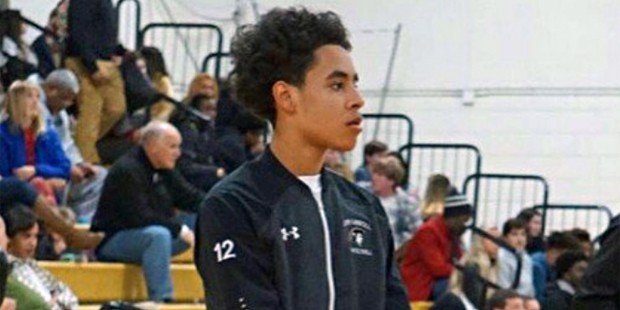 Patriots romp over AACS in MIAA A action

After a near miss in its season opener, last Wednesday, the John Carroll boys basketball team returned to the hardwood on Saturday for an MIAA A Conference matchup at Annapolis Area Christian.

Similar to its opening loss against Mount St. Joseph, JC built an early lead on Saturday, but this time they maintained it, rolling to a 83-64 victory over the Eagles (0-2).

Tyson Commander was one of four Patriots in double figures as he dropped 23 points and Jalen Bryant finished with 17. In addition, Cesar Tchilombo and Jeannot Basima added 13 points each.

Annapolis Area was led by 14 points each from Tre Sims and Tyler Williams, while Jason Wise and Jonathan Herdy combined for 17 points.

Pictured above: John Carroll’s Commander led the Patriots with 23 points on Saturday.