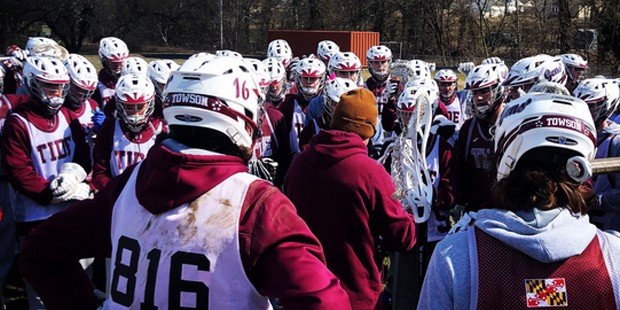 Former St. Paul’s coach Brocato returns to his Towson High lacrosse roots and brings several other alums along for the ride

After his lacrosse playing career ended at Washington College, Rick Brocato took a circuitous coaching journey that included a brief stint as an assistant to legendary coach Bob Shriver at Boys’ Latin, one year at Kent Denver School in Colorado and a much longer tenure — 17 years — at St. Paul’s as the all-time winningest coach in that storied program’s history.

After retiring from coaching the Crusaders, Broacto said that he was advised by his former Towson High lacrosse coach Randy Dase to “come home.” 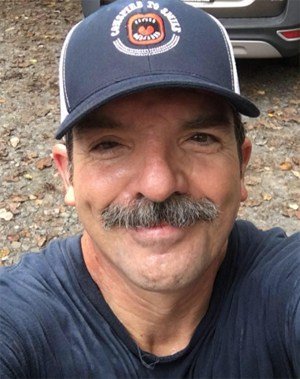 Brocato, a 1981 Towson grad, followed that advice and, prior to the Covid-19 outbreak and subsequent shuttering of schools and athletics, did just that by replacing Shawn Burke, who also returned to his alma mater as an assistant to Bryan Kelly at three-time defending MIAA A Conference champ Calvert Hall.

Still, the decision was a difficult one, considering that Brocato was happy in his two years away from the pressure of high-powered A Conference lacrosse.

Brocato said that he was having a blast touring with Reid Genauer, a musician friend from California for the past few years. He also dabbled in sports media, spending the last two lacrosse seasons as the co-host of the VSN LaxCast podcast.

As much as Brocato enjoyed those gigs, he said that he could not pass up the chance to take the Towson job.

“I wasn’t looking to coach again, but when Randy told me that the job was open, I reached out to (Towson High athletic director) Justin Nash in October,” he said. “I guess Justin liked what he heard from me. When I told my wife, Tracey, that I was offered the job, she said ‘You’ve got to do it. No regrets!’ We met at Towson in 1979 (as students), and the school means a lot to us.”

Brocato’s first move was to make sure Dase would join the staff.

After all, Dase is the dean of Towson High coaches, boasting 88 seasons in four sports with 10 state championships.

The 1972 Towson grad coached varsity lacrosse for 18 of those 88 seasons, guiding the Generals to a then-record eight state championship with four of the titles compiled during the now-defunct state-regional format while the other four were earned during a six-year span in the mid-1990s when Towson rattled off 58 consecutive victories.

No wonder Brocato wanted Dase by his side.

“Coach Dase has been such a fixture in my life, and at Towson, and I always wanted to work with him again,” Brocato said. “He was my teacher and coach. I really wanted him with me.”

Dase said that he was more than happy to jump on board.

“Rick used to do some scouting for me,” he said. “He has a great mind for the game. And he’s just great with the kids.”

While Dase will run the defense for the Generals, Brocato said that he won’t be the only alum on his staff.

Bob Pomponio (’86), an ex-goalie at Towson University, and former Delaware attackman Pat O’Connor, a member of Dase’s first team at Towson High in 1979, round out the mostly all-Towson coaching staff.

The only non-General of the crew is Calvert Hall grad Tony Rossi, a former Stevenson standout who Dase coached at Ridgely Middle School.

Pomponio will work with the goalies and Rossi will handle the offense. Rossi was on Burke’s staff last year when the senior-laden Generals earned a state semifinal berth.

In the brief time Brocato has had with the Generals this season, O’Connor said that he has “gotten the kids’ attention” with his upbeat coaching style.

“Rick runs a great practice,” said O’Connor, whose twins, Kaeli (Syracuse) and Keegan (High Point) both played lacrosse at D-I schools after graduating from Dulaney and Boys’ Latin, respectively. “He keeps them moving, and he’s a very positive coach. It’s been great working with him and the other coaches. I’ve really enjoyed it.”

Brocato is not underplaying the possible bumps in the road ahead for a team that graduated 19 seniors should the season continue.

“It’s going to be a challenge, no doubt about it,” he said. “Quite frankly, we’ll be teaching a lot of fundamentals, schemes, and nuances of the game to this group. But that is the case almost every year in my book, you have a system, but then you have to mold it to fit your kids. It’s the teacher-coach in me. We will always be a work-in-progress. But this team has some talent and skilled players. We do not have the experience and size of the THS teams from the past couple of years, but the coaches believe this group will develop into a fine team. I like this group, their work ethic and their attitudes have been rock solid.”

Brocato said that he likes to emphasize the Native American history and roots of the ‘CREATORS GAME,’ a term he uses as an acronym for communication, responsibility, encourage, accountability, trustworthy, ownership, respect, sportsmanship, grit, attitude, mastery and effort, that “helps the boys to understand each of our team principles/expectations.”

Rossi said that Burke and Brocato have different styles in the way they approach the game.

“They’re both great leaders,” he said “Shawn did an incredible job of making the program relevant again. And Broc’s record speaks for itself. In my short time with him, I’ve learned a lot.”

Pictured above: Rick Brocato (center in ski cap) huddles his Towson Generals on the first day of practice.