Already guaranteed its first winning campaign since 2008, Harford Tech High has garnered its first-ever spot in the VSN Football Top 20.

The undefeated Cobras (8-0) sit alone atop the UCBAC Susquehanna after a dominating 49-12 victory at Perryville Friday evening. The Bel Air school won 10 games the prior two seasons combined.

Arundel makes its second appearance this fall as the Wildcats host No. 11 Old Mill  in a critical match in the Class 4A East Region playoffs chase. Perennial Baltimore County powerhouse Franklin falls out the poll after a second straight loss.

The Top 5 is the same with St. Frances holding No. 1, followed by McDonogh School, Broadneck, Archbishop Spalding and Howard.

Pictured above: Senior Kyle Cicone has been a key part in Harford Tech’s breakout 2017 season. The Cobras make their first appearance in the VSN Football Top 20.

Here is the entire VSN Football Top 20 for Week 8: 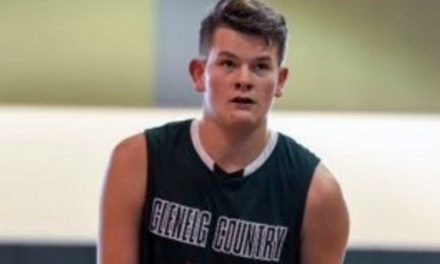 Glenelg Country and Gilman advance to finals of MPSI

Top 20 most widely read stories on VSN this fall

Chesapeake-AA charges up the charts