City College to host a Lacrosse Day of Remembrance 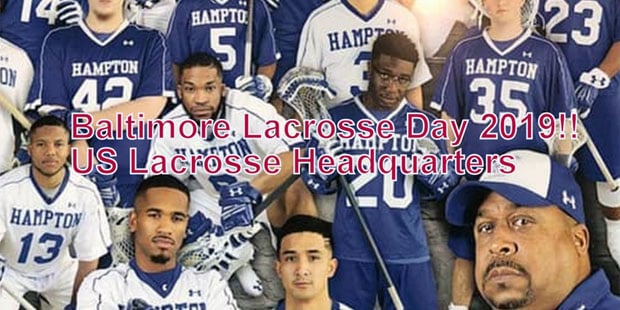 College game between Hampton and Bethany will highlight the festivities

City College will host a Lacrosse Day of Remembrance on April 20th at the school’s field, featuring youth games, a college game between Hampton University and Bethany College, a Baltimore City game between City and Mervo, and a Memorial Ceremony in honor of Devin Cook and Ray Glasgow III, a pair of Baltimore City lacrosse players tragically murdered in separate incidents in recent years.

The event is organized by Anthony “Merc” Ryan, City College’s head coach and one of the biggest champions of lacrosse in Baltimore City Schools.

Ryan, who played at Edmondson High School and Morgan State University, has received the support of Lloyd Carter, his high school and college teammate. Carter, who coached both Edmondson and Northwestern in the past, is now the head men’s coach at Hampton and he will be bringing his college team, which includes three Baltimore area players to town to play at City.

Both Ryan and Carter were part of the 1975 Morgan team, which was immortalized in the book Ten Bears. That Morgan team, the only historical black college in Division II lacrosse at that time, shocked the world with wins over Division I foes Notre Dame and Havard before a stunning 8-7 win over Washington & Lee College which was ranked No. 1 in the nation at the time.

Hampton’s roster includes Melvin Scott and Derian Sturdivant-Williams, both who played for Ryan and graduated from City College . Both were selected to play in the state all-star game, after their senior years. In addition, Jordon Brown, a freshman attackman from Archbishop Curley, is playing for Hampton.

The schedule for the day is as follows:

Admission is FREE and includes admission to The World Famous Lacrosse Museum. Food and refreshments will also be available for sale.

College game between Hampton and Bethany will highlight the festivities