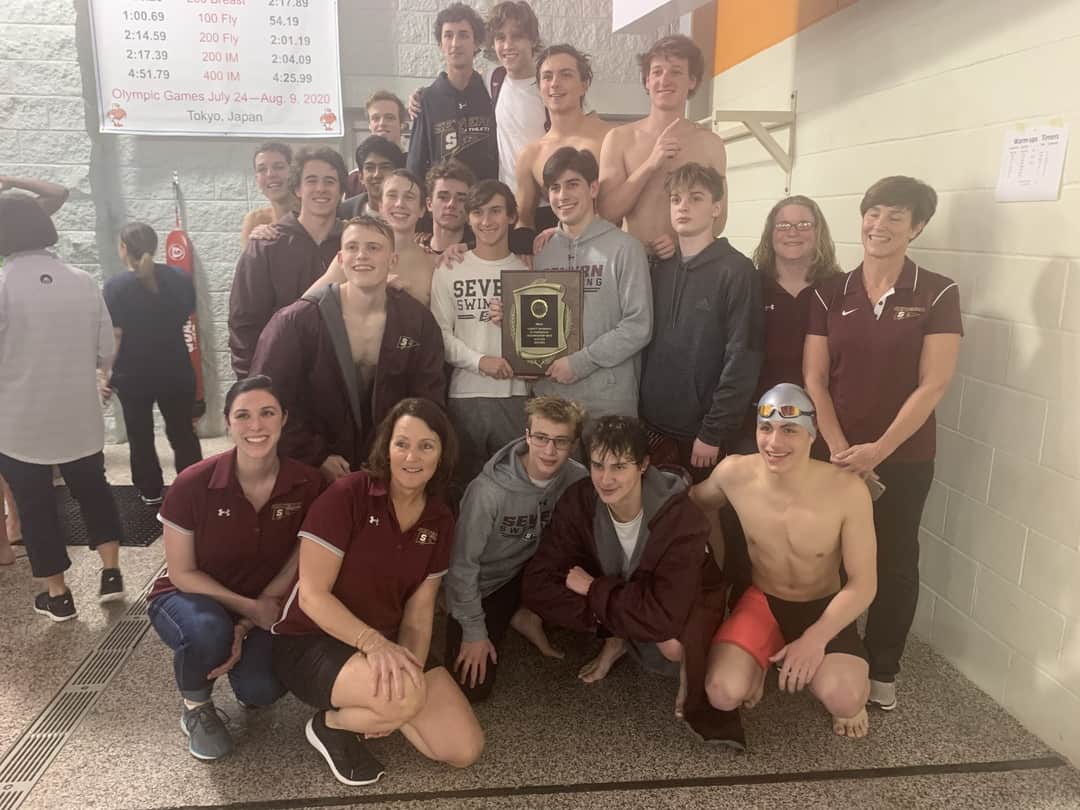 The previous five seasons, Severn watched rival St. Mary’s hoist the championship plaque. The Saints moved to the A Conference.

A “lane” was opened.

“It was up to them,” said Admirals coach Erin Domenech. “They knew they did what they can do…this was where they had to show it.”

Campbell, a junior, said Monday was the culmination of months of hard work.

“We all did it together…everyday we’ve been working hard, training together, building that chemistry,” said Campbell. “Everything paid off.”

Nick Subong captured top honors in the 100 freestyle, then combined with David Fitzgerald, Campbell and Keith on the 200 medley relay (1:44.34). Will Oliver joined Campbell, Keith and Subong on the winning 400 freestyle relay.

Tyler Christianson’s titles in the 100 butterfly (49.6) and 100 backstroke (50.74) along with Paul Dyer’s victory in the 50 freestyle (22.56) led Saints Peter & Paul, which was overtook for the runner-up spot by Key. The Obezags captured second in the 400 freestyle relay, the final event (Saints Peter & Paul was fifth).

There was no denying Severn, which was runner-up in 2019 and 2018. Domenech commended senior Benji Damon, who nabbed a third-place finish in the 100 breastroke.

Domenech said there was only five swimmers when she joined Severn’s coaching staff a decade. Now, the Admirals have a roster of 20.

And, also a championship.

“Everyone stepped up, no one was sitting on the sideline during practice,” said Fitzgerald, a senior co-captain who was runner-up in the 50 freestyle and third in the 100 backstroke. “Everyone had the mentality that they wanted to win this year.”