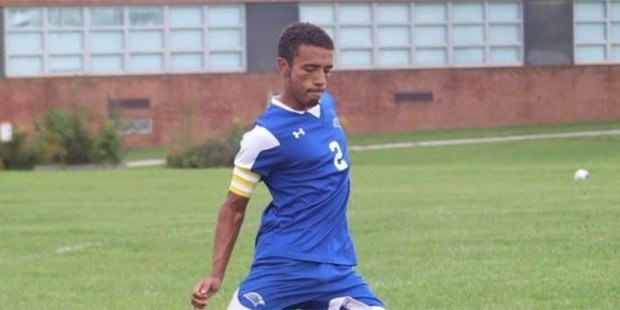 Senior Paul Catalfamo has scored in all three games the Kenwood boys soccer team has played this season, including a penalty kick on Tuesday, as the Bluebirds blanked Baltimore County rival Milford Mill, 2-0.

Kenwood (2-1) also received a goal from Ray Esparza in the victory and Daniel Portillo and David Nwachukwu provided the assists.

In goal, freshman Braden Jones stopped 4 shots, to collect his first career shutout, and Francisco Torres also was credited with a save.

Pictured above: Kenwood senior Captain Paul Catalfamo who has scored a goal in all three of his team’s games this season.