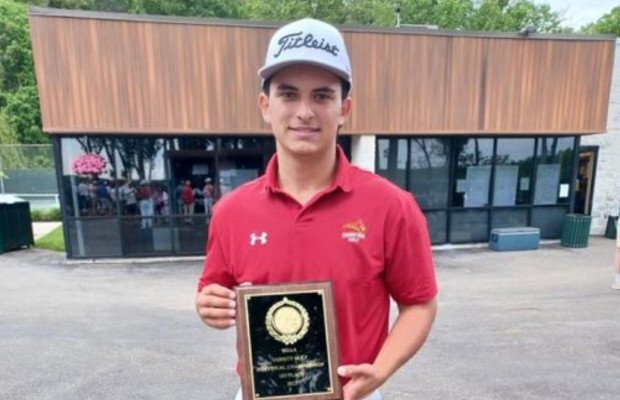 Sanz followed up his opening round score of 69 with a 68 on Wednesday to finish three shots clear of St. Paul’s sophomore Tom Sharps who posted a final score of 140.

This was Calvert’s fifth MIAA individual champion, second only to the six won by St. Paul’s. 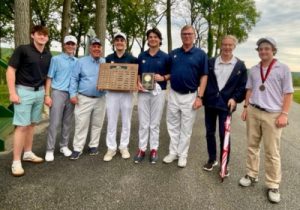 Gilman’s Bennett Espenshade and Max Bellone tied for third, each posting a two-round total of 144, while Mount St. Joseph’s Max Bellone rounded out the top five with a 146.

In addition, St. Paul’s, the 2022 MIAA A Conference team champions, won the stroke play team title for a second straight year and the 10th time since the MIAA was formed. The Crusaders posted a two-day cumulative score of 589. That score broke the previous record of 592 set by 2000 St. Paul’s team.