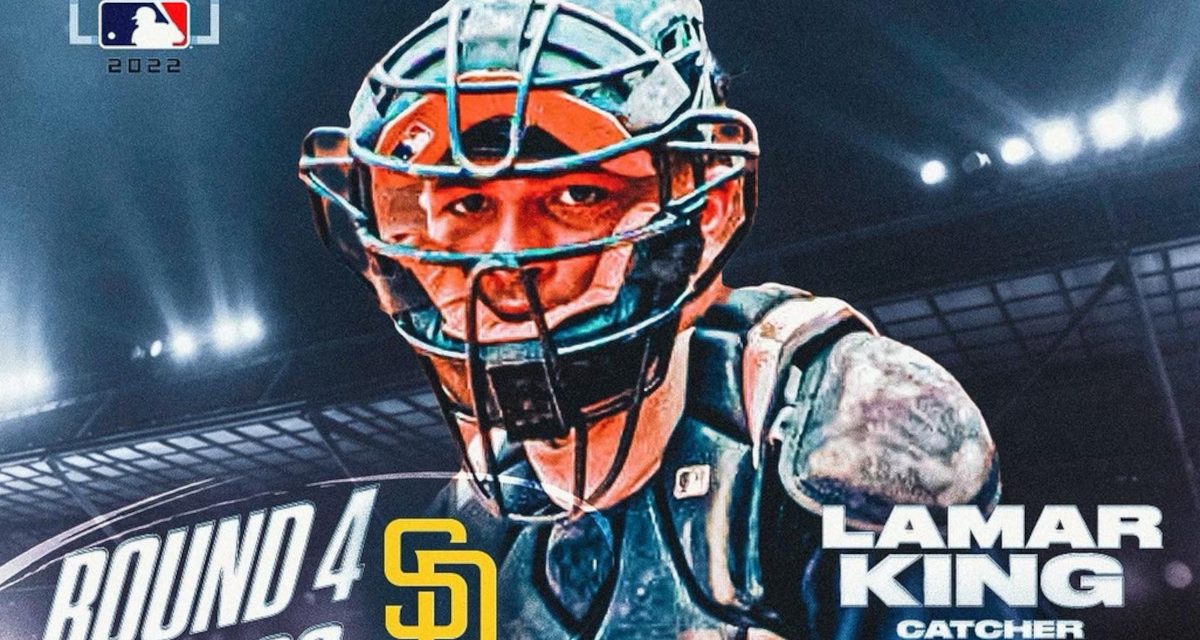 Size (6-feet-3, 215 pounds), strength and soft hands are three of the major attributes Lamar King, Jr. brings to the table and very likely why he was picked in the fourth round as the 120th selection of the MLB draft by the San Diego Padres on Tuesday.

The recent Calvert Hall grad and the 2022 VSN Baseball Player of the Year has all of those things, of course, in addition to a work ethic that propelled the strong-armed catcher onto the national scene for his senior year.

Calvert Hall coach Lou Eckerl, who retired this spring after winning 520 games and eight MIAA A Conference championships — seven of which were in 23 years as the Cardinals’ skipper — said that he could see from the first day of fall practice that King was ready to take his game to a new level for his senior year.

“The pieces were always there,” Eckerl said. “He always had the size and the arm, but things just came together quickly. He really stepped up his work in the off-season.”

Eckerl said that he couldn’t pick just one moment from King’s senior campaign to illustrate how much he meant to a 17-6 team that advanced to the semifinal round of the A Conference playoffs in May before being ousted by John Carroll.

King’s round trippers were two more than former Major League slugger — and fellow Georgia Tech recruit — Mark Teixeira belted as a senior at Mount St. Joe, giving credence to what Baseball America described as his “standout power from the right side” with “more of a power-over-hit bat.”

Eckerl added that the King’s ability to throw out prospective base stealers in key situations, was another bonus he and the Cardinals relied on throughout the season and why a synopsis in the San Diego Union-Tribune predicted that King “sticks at catcher.”

“The bigger the game, the better he played,” the coach said.

King, whose father, current Sparrows Point football coach Lamar King, Sr., was drafted in the first round of the 1999 NFL draft by the Seattle Seahawks out of Saginaw Valley State, told VSN’s Joe DiBlasi that he would “probably sign with Padres” for a recommended slot value of $502,600.

“Getting a call from the Padres was the best feeling I’ve ever had in my life,” King told VSN. “It’s a dream come true.”