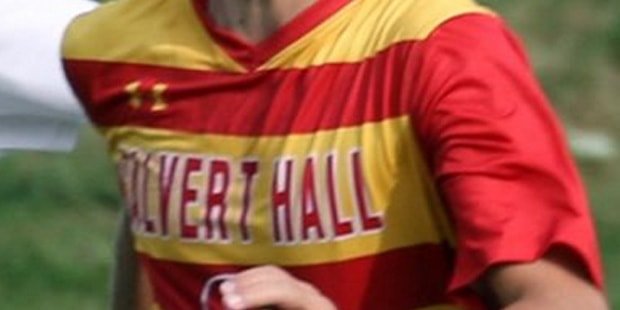 The long-awaited start to the boys’ high school soccer season is taking place this week and, on Friday evening in Severna Park, visiting Calvert Hall defeated Archbishop Spalding, 4-0, in the season-kickoff for the Cardinals.

Riley Organt scored twice in the second half to cap off Calvert Hall’s 4-0 season-opening soccer win over Archbishop Spalding.

Leading 1-0 after a first half penalty kick goal by Payton Madora, Calvert Hall doubled its lead, early in the second half, when David Peters came up with a steal while pressuring the back line and scored unassisted.

A few minutes later, Peters played a nice ball to Riley Organt for the Cardinals’ third goal. Organt then added a second score, with 18 minutes to play, off a feed from sophomore Rich Momoth.

With the MIAA allowing for an open-season in the fall of 2020, but Spalding (1-1 overall) and Calvert Hall are playing for the Baltimore Catholic title, along with Archbishop Curley, John Carroll, Loyola Blakefield and Mount St. Joseph.

The other squads get started on Saturday morning as Curley visits St. Joe and Loyola travels to John Carroll.