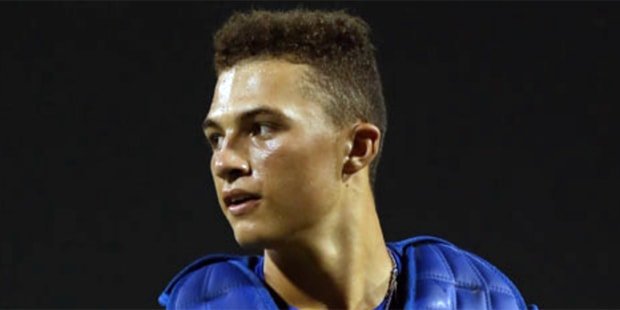 Calvert Hall (5-4 overall) had lost two straight and three of four heading into Monday’s home game, but took a 1-0 lead in the bottom of the second when Rahkeem Smith plated a run with a fielder’s choice ground out.

In the home second, King hit a one-out triple but his courtesy runner, Ray Infussi, was cut down at the plate on a fielder’s choice. However, after a couple of walks loaded the bases with two down, Jake Butler singled to drive in two, giving the Cardinals a 3-0 lead.

Alex Kahn made it 4-0 in the fourth with an inside the park home run and Calvert Hall scored it final three runs on a bases loaded double by King in the bottom of the sixth.

On the hill, Steven Mufareh made the start, pitching four innings of two-hit ball to collect the victory. He allowed both CHEN hits while striking out three and walking none. Dom Bahr and Joey Zito combined to throw three perfect innings, with five strikeouts, to close out the game.

Calvert Hall returns to MIAA A Conference play on Tuesday against St. Mary’s, at Bestgate Park in Annapolis, and travels to John Carroll School on Thursday.

Pictured above: Calvert Hall junior catcher Lamar King had a double, a triple and three RBI’s in the Cardinals 7-0 win on Monday.