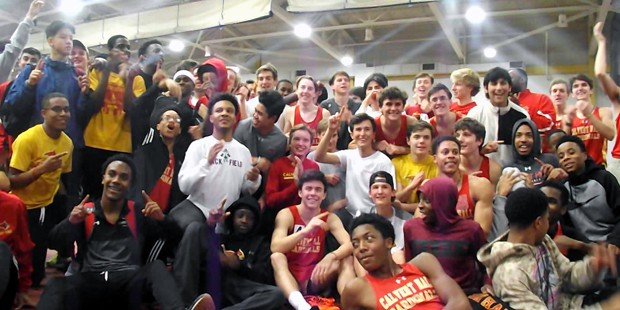 With a sizable lead at the start of the 400 meter relay, the final event of the meet, the Cardinals were amped. McDonogh had the advantage for the first 100 meters, but Calvert Hall overpowered the Eagles and held the lead for the remaining three legs, winning the relay in convincing fashion. When anchor runner Amondo Lemmon crossed the finish line there was a sea of red and yellow ready to greet him as his fellow Cardinal runners started to celebrate.

A few minutes later Calvert Hall went into a frenzy when they were officially announced as MIAA indoor track champions and hoisted the trophy in the center of the track.

“It is truly amazing for guys to embrace such a team like mentality,” Calvert Hall coach Peter Frein said. “The guys are really there for each other and that is special to see, especially in a sport like track.”

The Cardinal placed in 11 different events in route to scoring 139 points in the meet. Gilman came in second and scored with 97.5 points, followed by third place Mount St. Joseph which scored 89 points. Camden Gilmore won both the 1600 meters and the 3200 meters runs for Loyola Blakefield and Donte Thompson won the long and triple jump for the Gaels.

“Really wanted to run well today and I have been working all season, so it felt pretty good to win both of my races today,” Gilmore said.

McDonogh won their ninth IAAM A Conference indoor track championship, but they had to fend off Mount de Sales to do so. The Eagles narrowly captured the glass bowl with 156.5 points while the Sailors completed the meet with 154 points. Maryvale placed third overall with 135.5 points.

“The girls fought hard and competed extremely well,” McDonogh coach Devin Robinson said. “I am super proud of them and I am looking forward to seeing what they can do during the outdoor season.”

The win was even more impressive given the fact that Mount de Sales won eight of the 15 events. Bella Whitaker won the 300 meter run for the Sailors and Sam Facius and Juliette Whittaker took first and second in the 1600 meter run. Facius and Whittaker also went one-two in the 800 meter run.

Glenelg got to hoist the IAAM B Conference crown for the second time in the last three season with 145 points, while Roland Park Country (110.5 points) and St. Vincent Pallotti (105 points) finished in second and third place, respectively. Glenelg’s Emily Shorb, Emily Kavic and Erin Jacobs took second, fourth and fifth in the 3200 mile run and Deja Ravenell won the triple jump. The Dragons completed the 400 meter relay with a first place finish.

Click here for the complete individual and team results from the MIAA and IAAM meets. 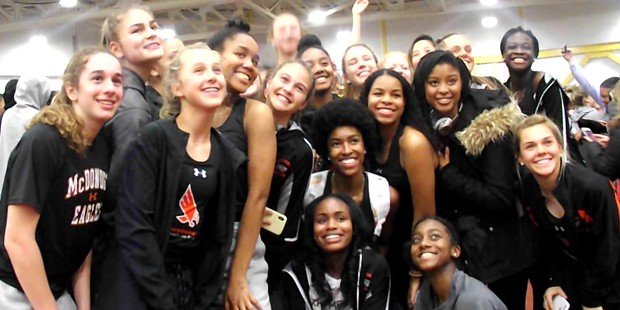 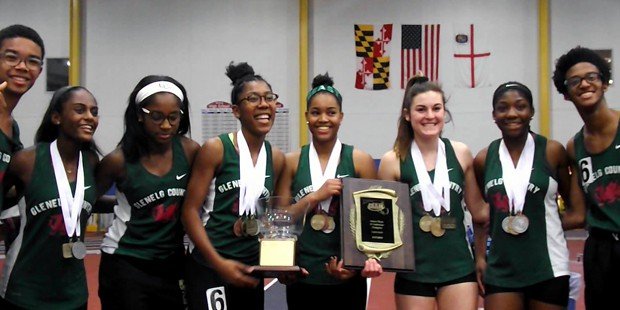