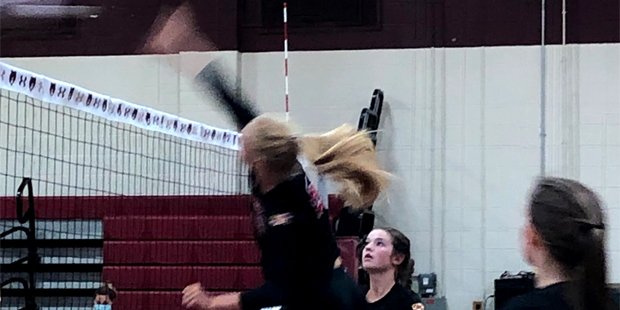 Glenelg High, which broke into the VSN Volleyball Top 20 this week, at No. 20, won its second match of the season, Thursday, with a straight set victory at Hammond.

Safi Hampton had a big night for Hammond as she nearly will the Bears to pair of set wins, but Glenelg prevailed each time with Mackenzie Calhoun leading the way. Calhoun produced a .325 hitting percentage as she delivered 18 kills. She also had 1 assist, 5 aces and 10 digs.

Lindsey Kelly chipped in with 5 kills and served up 26 assists. She also had 2 aces, 2 digs and half a block. Brenna Rutter added 4 kills, Liesl Walter had a kill and 3 blocks, Lauren LaPointe had 3 kills, 1 dig and 2.5 blocks, and Sydney Yoon finished with 1 kill, 4 assists and 17 digs.