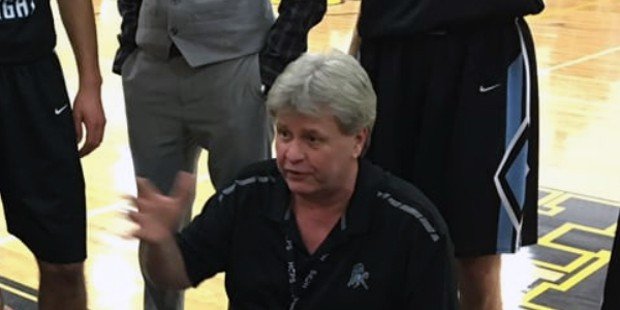 Since ending a three game losing streak on Jan. 28, the C. Milton Wright boys basketball team has been on a tear, stretching its season-high winning streak to six games, Thursday, with a 59-49 UCBAC Chesapeake Division road win at Joppatowne.

The victory avenged a one-point loss to the Mariners, which came in the middle of the Mustangs’ three game slide. CMW, during this current run, also atoned for an earlier loss to Havre de Grace, which has clinched the Chesapeake Division regular season crown.

Four Mustangs produced double-digit scoring on Thursday as Dylan Kutcher netted a team-high 14 points, followed by 13 each from Evan Gallant and Bryan Stiemke, and 10 from Corey Patterson.

Patterson also dominated the glass with 16 rebounds and he blocked five shots.

CMW established control in the first half, building a 34-23 lead at the break.

Joppatowne’s Alan Brown led all scorers with 19 points and Kyree Ellis added 11 points for the Mariners.

The win allowed C. Milton Wright (15-6 overall, 9-5 UCBAC Ches.) to top Joppatowne (14-6, 8-6) for second place in the league. The Mustangs will closed their regular season on Friday against Susquehanna Division winner Bel Air before moving on to the state playoffs next week. Joppatowne has completed its regular season as it awaits its opening round playoff opponent.