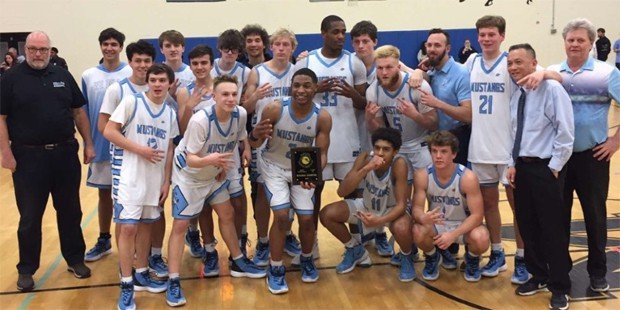 Just as it did in its semifinal victory over Kenwood, C. Milton Wright broke open a close game in the second half of Thursday’s 3A North Region II boys basketball championship game against Edgewood, with a 73-59 victory over the visiting Rams.

It was the ninth consecutive win for C. Milton Wright (17-5) which has now reached 3A state quarterfinals.

Christian Corley paced Edgewood (11-11) with a game-high 23 points. He also had three assists and two steals. The Rams got nine points each and a combined seven assists from Nyeim Murphy and Omari Johnson. In addition Isaiah Goetze scored eight points and grabbed 11 rebounds.

C. Milton Wright now awaits a reseeding of the final eight 3A squads for its state quarterfinal opponent.