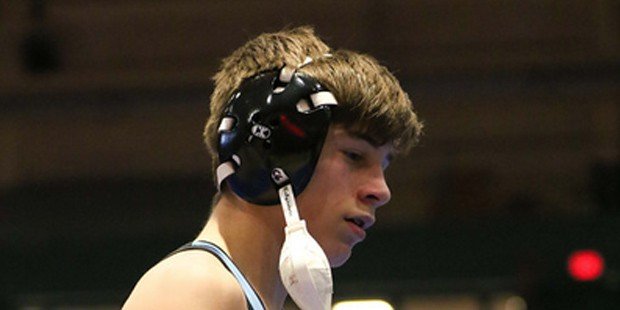 C. Milton Wright coach John Thornton took over the program after serving as an assistant and head coach at John Carroll in 2016. At the time, and through the beginning of his tenure, Bel Air was the standard bearer for the UCBAC Conference.

On Wednesday evening at Bel Air High School, Thornton and his Mustangs (No. 20 in the latest Maryland team rankings) did something that was last done in the 1980s, if at all, defeat the Bobcats.

Former Bel Air and John Carroll coach Keith Watson was with the Bobcats from 1989-2002.

“Wright did finish ahead of Bel Air in some tournaments back then,” Watson said. “But (they) never won a dual meet against us. In fact, I can’t say with certainty, but I believe Bel Air has never lost to them until tonight.”

The final score was 48-18, but there were some moments in the early going that gave Thornton flashbacks to past failures.

“Tonight, they were the underdogs for the first time in a long time,” Thornton continued. “They played that role well and were scrappy and competitive all night. It felt every bit like the back and forth rivalry it has become over the last few years.”

The squads traded wins to start with Wright’s Colby Kreidel kicking things of at 182 with a 3-0 win over Jasonveer Aulakh. Matt Conroy (195) planted Kalib Golden in 1:23 to put the Bobcats ahead 6-3.

“With the match starting at 182, I knew things would be nip and tuck for the first few bouts,” Thornton added. “Things were close until we hit the heart of our lineup and started pulling away around 120.”

No. 5 Staki Gourgoulianis (120) tied it up for the Wright with a 9-4 win over Kyle Heidel. The Mustangs win streak would grow to four with three straight pins to give the visitors a commanding 33-15 edge. No. 3 James Riveira (126), Juan Ortega (132), and Carter Goscinski (138) were responsible for the six-pointers.

Daniel Cross kept Bel Air’s hope alive at 145 with a 13-6 win against Kenny Frank. With the score setting at 33-18 and three bouts left, there was still a chance for the hosts to claim glory.

Mark Hopkins (152) squashed that dream with a 9-6 dual clincher to down Zach Gelston. Christian Trombley (160) and Logan Dvorak (170) closed the meeting with falls.

Even though this was a “road” match there were plenty of Mustang fans on hand to enjoy the monumental occasion. Thornton was beaming at the win and the scene after the match.

“The atmosphere at these matches is just awesome, and really great for our sport.”

Pictured above: Staki Gourgoulianis, who got the Mustangs even early in the match, launching closing surge that carried C. Milton Wright to a 48-18 victory.

*All Rankings referenced are by BillyB’s Wrestling World