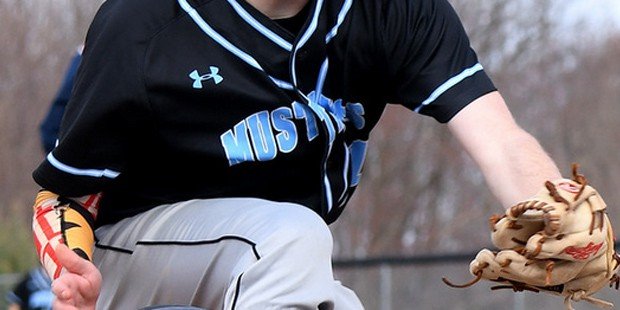 For a second consecutive game, the C. Milton Wright baseball team scored double-digit runs and, not surprisingly, for the second straight game it won easily, as the Mustangs defeated visiting Bel Air, 15-5, in five innings, in UCBAC Chesapeake Division action.

Jonathan Klein paced the offense by going 2-for-2 with a double. Klein scored three times and drove in three runs in the contest.

Bel Air scored three times in the top of the first inning, but CMW answered with four in the home half of the inning. This was followed by two in the second, seven in the third and one each in the fourth and fifth to complete the run-rule victory.

Lucas Frezza went 2-for-4 with a double, run scored and two RBI’s. Joe Burns also doubled, scored a run a delivered pair of runs knocked in and Preston Henigan tripled and scored.

Macx Scurti, who had a hit and scored three times, pitched the first three innings, allowing two hits and three Bobcat runs, to get the win.

Leadoff hitter Cole Meyer had a double, a walk, two runs scored and one RBI to lead Bel Air. Collin Palmieri also drove in two for the Bobcats.