C. Milton Wright and Hereford girls advance in 3A North 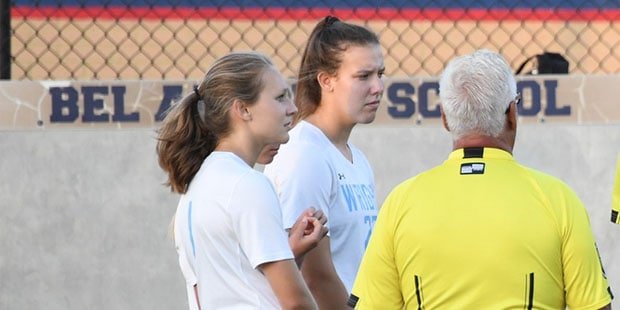 C. Milton Wright and Hereford each came up with shutout victories, Tuesday, in the Girls Soccer 3A North Region.

Freshman Katie Roszko, assisted by Sarah Bays, scored in the second half to lift CMW to a 1-0 win over Bel Air and Hannah Piquett stopped five shots in the Mustang goal for the clean sheet. Roszko now has five goals in three playoff games.

It was the second consecutive year that C. Milton Wright (7-6-1) eliminated the Bobcats (5-8-2) from the playoffs.

The Bulls (11-5-1) also led 1-0 at the half. Maggie Elliott scored two goals and Payton Patrick had a goal and an assist. In addition, Hope Barber added a helper for the Bulls.

Both C. Milton Wright and Hereford await the reseeding on the final eight 3A teams to determined their state quarterfinal opponents.