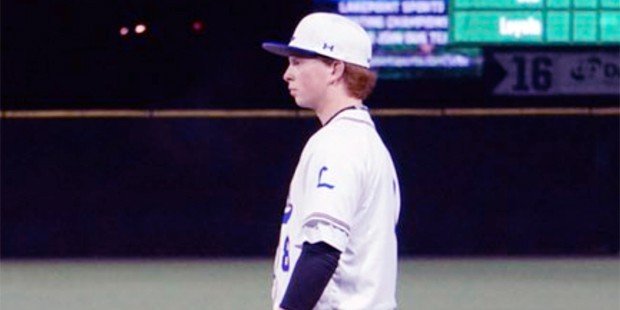 Dons win their opener before the pending pause to the spring season; Beal strikes out seven

After a quick trip south for some pre-season work and a couple of exhibition games, the Loyola Blakefield baseball team returned to its home diamond, Thursday, to open its 2020 baseball season with a 7-2 win over Boys’ Latin.

Of course, the Dons and Lakers, as well as all other area high school teams, will be putting away their bats and gloves for a couple of weeks as schools close to prevent the spread of the Covid-19 virus, but before that occurs the Dons were able to get in the win column.

On the bump, starter Nate Beal delivered three innings of one-hit, shutout pitching, as he struck out seven and walked just two.

The Dons scored once in the bottom of the first when Sean Kelly was hit be a pitch with the bases loaded and added three in the second. Dinoto stroked a two-out double in the second and another run scored when Kelly reached on an infield error.

Boys’ Latin (0-2) made things interesting in the top of the sixth as they drew three consecutive walks, with one out, and scored twice, on a wild pitch and then a passed ball. Loyola responded with three runs in the home half of the inning, as Danny Sheeler chased two home when he reached on a two-base error and came around to score on a wild pitch and a passed ball.

Pictured above: Danny Beal made the start for Loyola on the mound and held Boys’ Latin to just one hit in three shutout innings while striking out seven Lakers.