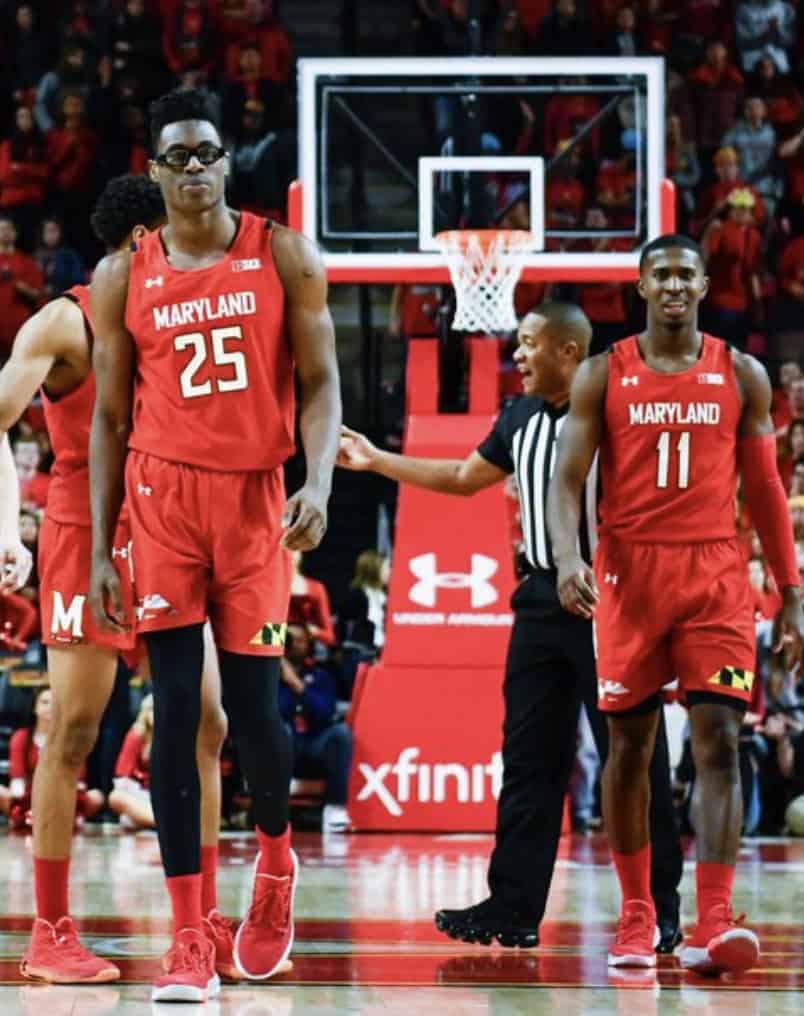 A place in time. I can’t recall the first time I saw the skinny but intriguing 6-foot-7 freshman Jalen Smith.

He missed some easy shots for his Mount St. Joseph Gaels. A little clumsy, but there was something about his gait and mannerism. Something he can build on to make him a Division I prospect.

Under coach Pat Clatchey, Smith would surely progress. But how far?

Clatchey got a glimpse of Smith’s potential during St. Joe’s summer camp back in 2014.

“Jalen had the ball on the wing and he faked right, went left down the lane and dunk on this kid left-handed. The place went crazy,” said Clatchey. “Coach Nicholas (Gaels assistant coach Doug) came over and whispered in my ear, “This might our first McDonald’s All-American.”

Then it happened. During a home game during his junior year, he leaped over defender and, with the promptitude of a gazelle, he garnered a pass. And with one fluid motion, Smith put down a dunk of heart stopping proportions.

I knew what I seen was something special. Perhaps there’s no ceiling high enough.

His stock rise and Smith, a McDonald’s All-American and two-time VSN’s Player of the Year chose Maryland. Terps coach Mark Turgeon and his staff would do the rest and make him a pro in four years.

Yikes. They did too good of a job. He’s ready now after two productive years (13.5 points and 8.6 rebounds per game) in College Park.

Smith is a smooth gliding engine who never runs out of gas. High octane.

His 3-ball started falling with regularly. But it didn’t deterred him from getting rebounds like all 6-9 players should get.

Darryl was different. It took me a little longer to realize his value. I wasn’t sure if he was good enough for Maryland.

He’s another smooth gliding player who finished everything he starts. The jumper is still a work in progress, but will surely gain consistency.

Clatchey saw Morsell’s versatility as a freshman on the Gaels’ 30-1 junior varsity in 2014.

“He was defending multiple positions and was just explosive around the rim,” said Clatchey. “He’s a really nice Swiss army knife.”

Morsell, who was the Baltimore Catholic League Tournament’s MVP in his senior season in Irvington in 2017, averaged 8.5 points, 4.7 rebounds and 2.1 assists last season (29 starts) for Maryland. He was widely regarded as the Terps’ top defender.

The 2019-20 season will be remembered for the dynamic duo – two players from Baltimore leading Maryland to a share of the Big Ten regular season championship. Not since Dunbar’s Reggie Williams and David Wingate (Georgetown) has two players from the same Baltimore high school meant so much to a major program.

Smith will be selected in this October’s NBA Draft. Morsell, despite transfer rumors,  will return to College Park next season, and keep their legacy intact.

They grew as friends, fought like brothers, and became champions.