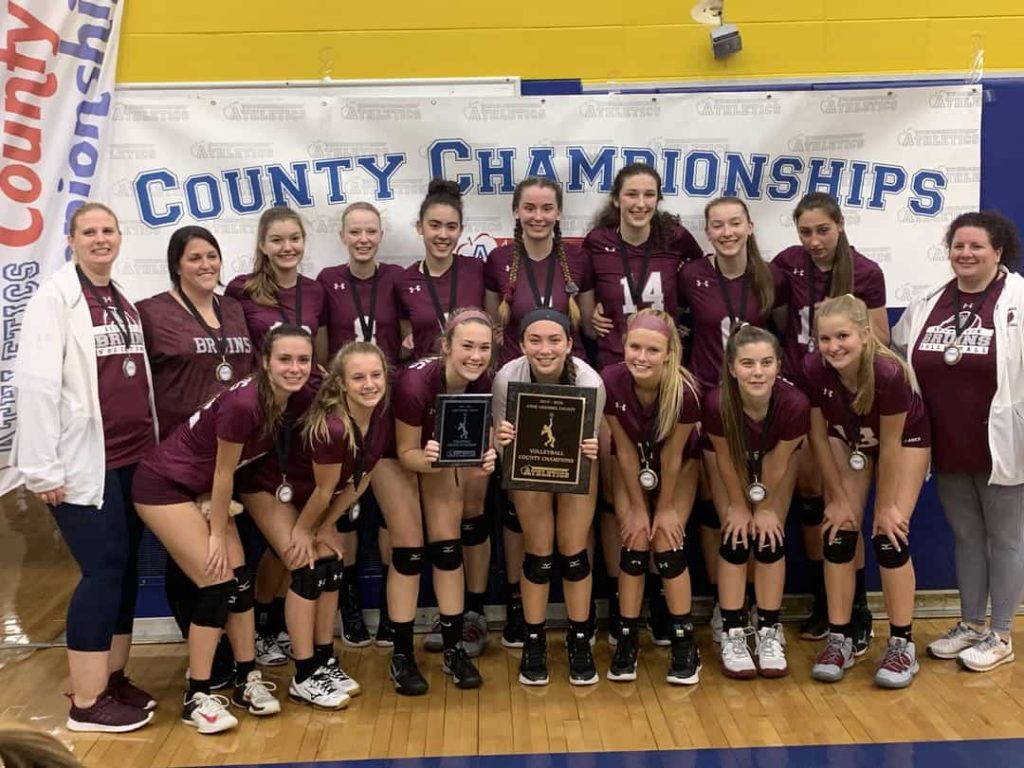 Two weeks ago, the No. 3 Bruins faded after winning the first set and dropped their regular-season match in four sets against a stellar performance from the No. 1 Wildcats. Monday, the Bruins again won the first set then lost the second, but this time, they rallied to earn that elusive win over previously-undefeated Arundel.

“It means so much,” said senior outside hitter Emma Quandt. “Having the loss earlier in the season really motivated us. Having a team with so many seniors on it, we were so fired up. We’ve never beaten Arundel before in our previous years, so this was a huge game and we really wanted to win…. I’m so proud of everyone.”

Broadneck (13-2 overall) used a balanced attack and exceptional defense at the net and on the floor to secure a victory that gave Tracey Regalbuto her first county title as coach.

“Our [(former)] AD Ken Kazmarek said it takes five years to make a program your own and this is my fifth year as head coach and I definitely feel like this is my program. It feels good,” Regalbuto said.

Natalie Luscumb led the Bruins with 14 kills while Quandt had 10 and Grace Phelan, five. Setter Makena Smith had 38 assists.

Smith also had 12 digs and libero Reiland Brown had 22. The Bruins had 34 blocks, including seven point blocks.

Smith, a junior, had a couple of critical digs, including a pancake to save a rally late in the third set with the score tied at 23. After her dig, the Bruins finished out the set on an Arundel hitting error and a Quandt kill.

“We have a saying on the back of our practice jerseys that’s ‘Fearless,’” Smith said. “We go for everything. We never believe that we can’t get something. The No. 1 thing that will stop you is just the lack of effort and if you go for every ball, there’s a chance that you might get something that you didn’t think you could.”

While the Bruins remained in synch with their communication and teamwork, the fearless approach applied to all aspects of their game Monday night.

“We knew we had to play aggressive and mix up our shots which we worked on a lot in practice,”  Quandt said. “We’re a team that relies on each other a lot. We know every single person who steps on the court can put the ball away, so having that confidence makes us a close team and it makes us believe in each other and that was very important tonight.”

In the final set, the teams tied five times after Arundel’s 16-15 lead. Kills from Quandt, Luscumb and Brianna DeMouy helped close out the match along with two Arundel service errors and two hitting errors.

“We did our best to keep them out of system and cause chaos on their side and I think tonight we did that,” Regalbuto said. “It was more chaotic on their side than it was on ours. The last time we played them, I felt like I was watching a circus on my own side of the court.”

The Wildcats also showed a balanced attack. Brooke Watts had 16 kills while Zaria Ragler had nine and Aaliyah Griffin, seven. Ragler also had a terrific defensive game at the net with a handful of point blocks, including four in the first game.

The Wildcats, who have rely mostly on juniors and sophomores, looked strong in stretches, but too many unforced errors combined with Broadneck’s aggressive offense added up to the loss.

“We just had a really slow night,” Arundel coach Ashley Yuscavage said. “Our passing wasn’t strong. Everything was a little off.  [Broadneck] just didn’t make a lot of mistakes, but we didn’t play the way we played the first time.”

Both have opening round byes and will begin play late this week. Arundel hosts the North County-Meade winner. Broadneck hosts the South River-Annapolis winner. 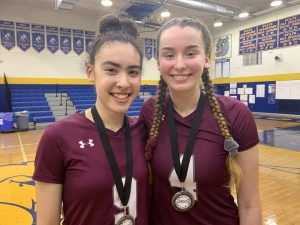 In a change to the playoff system this year, the East, West, North and South are split in half creating eight regions instead of four. The eight regional winners will be reseeded into a state quarterfinal round.

If Arundel and Broadneck win their regions, they won’t necessarily have to play each other in the state quarterfinals. If both survive, they could meet anywhere from the quarterfinals to the title game.

The Bruins are aiming for a 7th state title, having won most recently in 2009. Arundel has never won a state volleyball championship.

Northwest has won the past four Class 4A state titles.