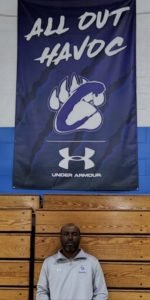 Brown was an All-Metro running back for North County as a senior in 1993. He set the then-Anne Arundel County record for touchdowns (24) and finished with 2,157 all-purpose yards as the Knights reached the Class 4A state semifinals.