Broadneck runs over Meade for 4A East basketball crown 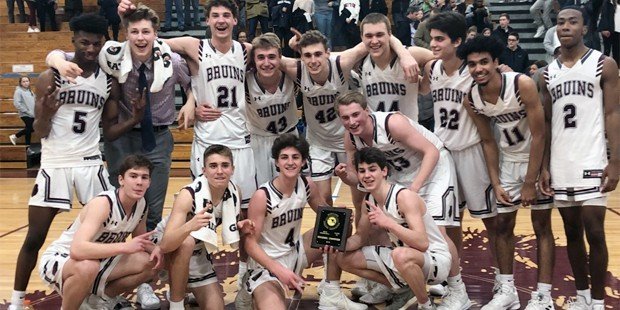 Broadneck High romped to a 78-47 win over Meade in Anne Arundel County on Friday night to win the MPSSA 4A Boys’ East Regional basketball title, to advance to the 4A State Final Four at College Park next Thursday.

The Bruins (24-7) took a fast 7-0 lead, and they finished the first quarter with a 22-8 advantage. The blitz continued over the next 16 minutes of play as the Bruins piled up a 62-37 lead at the end of three quarters, to completely demolish the Mustangs. 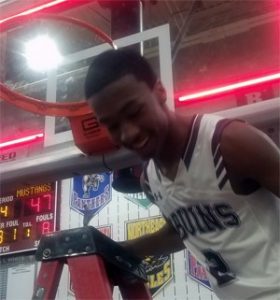 Che Colbert, who scored a team-high 22 points, cuts down the nets after Broadnecks’ win in the 4A East Regional final.

Vican accentuated the win with two thunder dunks in the fourth quarter, as the home crowd erupted, knowing that the Bruins would easily advance to the Xfinity Center. 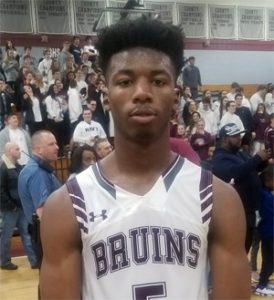 Jamar Young was a force for the Bruins, scoring 20 points in their playoff win over Meade.

“Our defense created our offense,” said Young. “We completely shut down their high scorers.”

“We came out with intensity knowing that tonight it was now or never,” said Colbert. “We knew we had to play strong defense to win and we did.”

Williams said he was excited about the way his team played, especially seniors Young, Colbert, Mike Cantrell, and Nick Gatton.

“I want to give special credit to them for their effort,” said Williams. “I couldn’t ask for a better group of seniors. We laid it out there on the line tonight from beginning to end.”

It’s the third time in school history that Broadneck will advance to the State Final Four. The last time the Bruins played in the title game was 1995, and their first ever appearance was in 1986. Broadneck will face the winner of Saturday’s West Region final between Walter Johnson and Richard Montgomery.