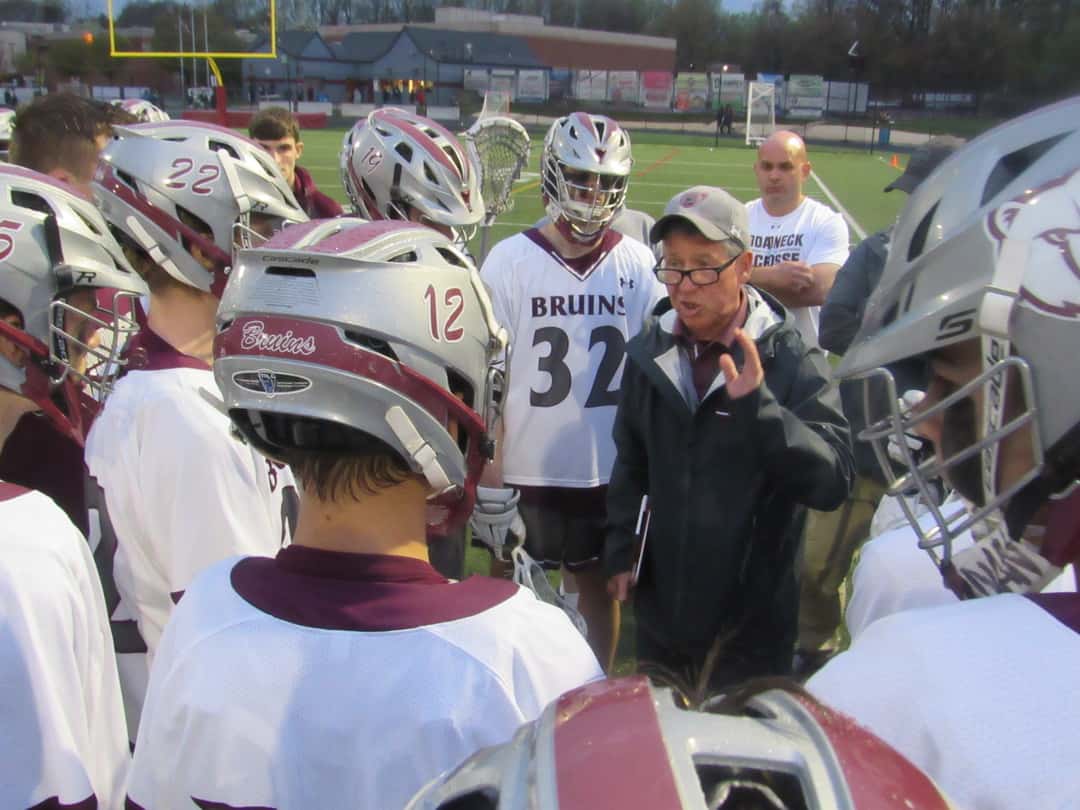 Bruins peaking heading into final week of regular season; St. Paul’s up to No. 2

With its legendary coach set to retire at season’s end, Broadneck High would love nothing more than to send him off with a championship. The Bruins are No. 10 in this week’s VSN Boys Lacrosse Top 20.

Broadneck will face No. 9 Severna Park Anne Arundel County championship next week. No. 13 Marriotts Ridge can wrap up the Howard County crown with a victory over Mount Hebron Friday.

Bel Air rivals, C. Milton Wright and Patterson Mill, will decide the UCBAC Chesapeake crown Wednesday. The Baltimore County championship match will be Saturday at the US Lacrosse Complex in Sparks.

Pictured above: Broadneck coach Clay White, who’s retiring at the end of the season, gives his team instructions during a match earlier in the regular season. The Bruins are up to No. 10 in the newest VSN’s Boys Lacrosse Top 20.

This week: at Pikesville, May 1