Bring out the broom 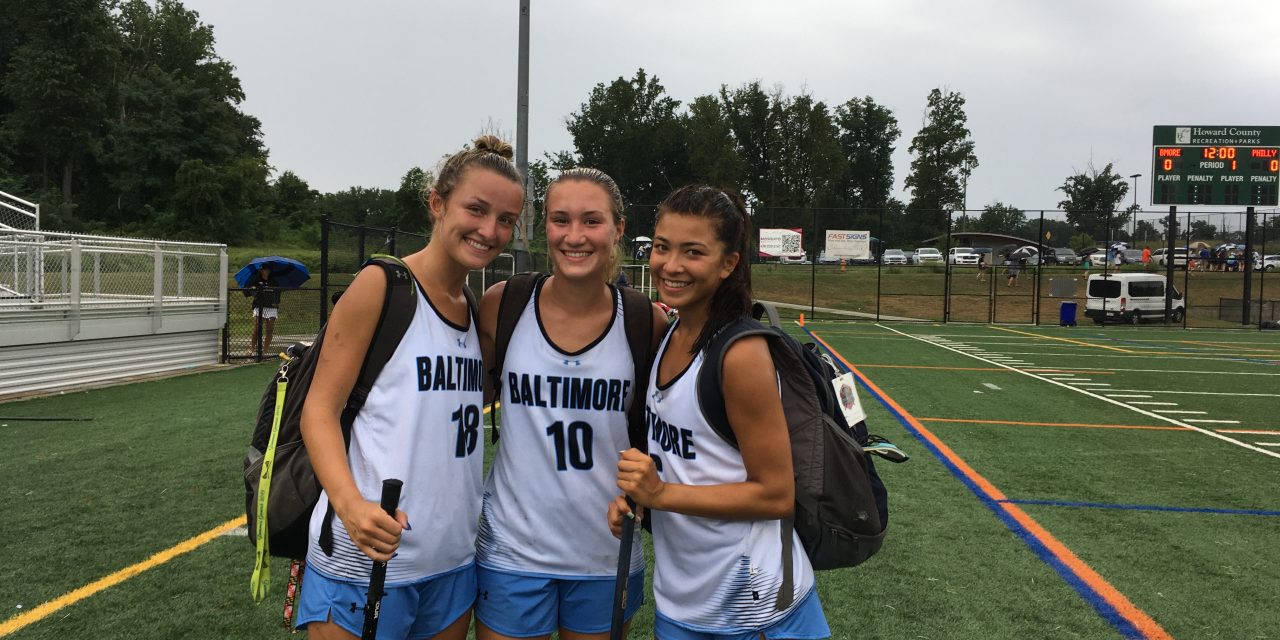 Nursing a two-goal lead over arch-rival Long Island with less than five minutes left in regulation of the Girls Command Division underclassmen championship game on Sunday afternoon in steamy Elkridge, Baltimore’s quest to win a second straight title under coach Terry Edmondson was on the line.

While the Baltimore girls wanted to be patient in that situation, they also knew that being aggressive enough to tally another goal would put them over the top. 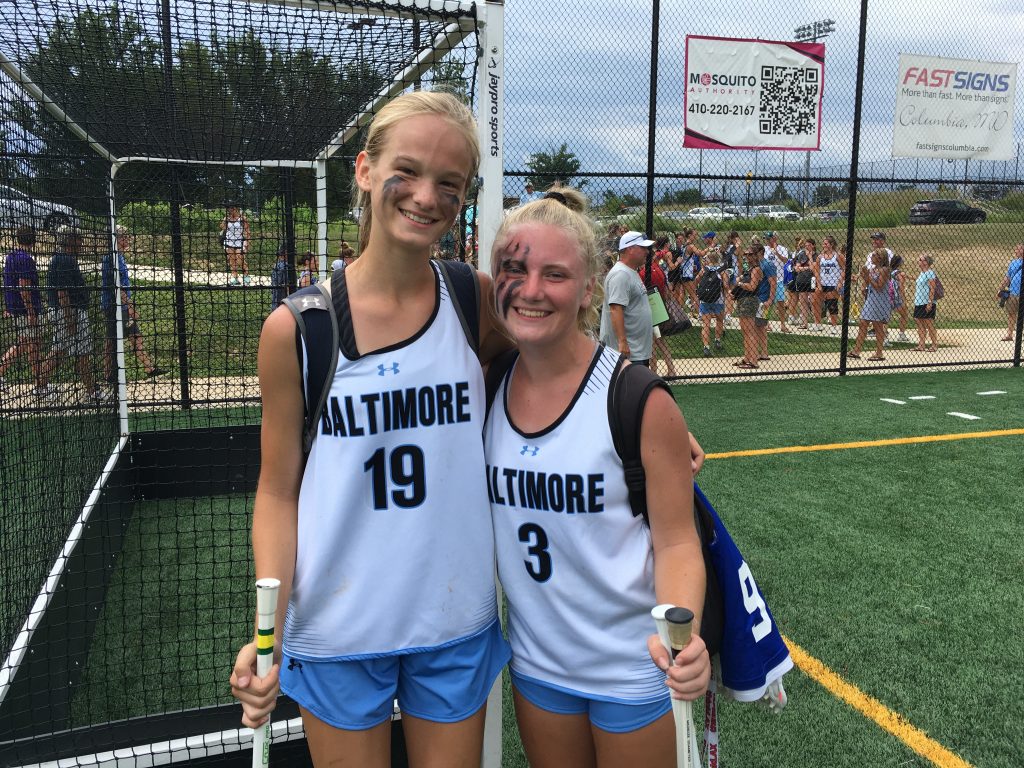 To that end, rising sophomores Emma Penczek — who had already torched the New Yorkers for seven goals in the battle — and Piper Higgins played a cat-and-mouse game with the defense.

When Penczek drove hard to the goal and drew a double team, Higgins sliced through the arc and converted Penczek’s perfect feed for an 11-8 advantage — the final score — with just 3:19 remaining.

The win capped off a perfect tournament for Baltimore, which went 6-0 while handling Long Island its only setback.

Penczek, who was named the tournament MVP, and Higgins executed the knockout blow with aplomb.

“We were trying to stall a little bit,” Higgins said. “Then I went to the middle and Emma was driving (and drew the defense).”

Penzcek’s first assist of the game was a dandy.

“They put on a blitz — they came out and pressured us,” she said about eluding a double team and spotting Higgins for the layup. “We all play club (ball) against each other, so to play together as a team is great.”

It was not as easy as it appeared to be when the Charm City contingent came out on fire, using four Penczek goals and one by Archbishop Spalding rising sophomore Ava Baselga to build a 5-1 advantage in the opening period.

Rising sophomore Sienna Chirielesion put Baltimore back on top when she ripped in the equalizer with 50 seconds left in the quarter and added a buzzer-beater on a feed from Maryvale rising sophomore attacker Aver Cutair.

“We knew we had to pick it up — that motivated us,” Higgins said about Long Island’s rally. “We had to turn on the gas.”

Penczek then notched the only two goals of the third stanza, as the Baltimore defense blanked the New Yorkers for nearly 17 minutes while jacking the lead back up to 9-6.

Long Island cut the lead to two twice but were unable to make any more inroads against a backline bolstered by Seven Park rising sophomore Avery Saviano and Severn rising sophomore Bronwyn Bolton.

“We wanted the competition that playing against Long Island brings,” Baltimore coach Terry Edmondson said. “The difference for us is that we left self-accolades behind and put team goals first. Our defenders locked on and worked through cuts. We had a mission — and we accomplished it.”

In the Highlight Division championship played at the same site later on Sunday, Baltimore took off with another roaring start against Philadelphia, bolting to an 8-0 advantage at the intermission on the way to a 10-7 verdict.

The Philadelphians were much better in the second half, although with not enough oomph to overcome the Charm City girls’ comfortable lead.

“That was huge for us,” Baltimore coach Dave Kennedy said. “We needed a big cushion against a team we knew could come back.”

The tide turned a bit for Philly in the third quarter — after getting shut out for the first 26:41 — when McDonogh rising junior Sophia Trahan, who hails from Stewartstown, Pa., broke the drought. That trend of finally breaking through Baltimore’s backline continued in the final frame, although the outcome was never really in doubt.

“We all really worked together as a team,” said Clevenger, who finished the contest with a goal and a game-high three assists. “That was our strength. We couldn’t do anything without us working together.”

“We were really unselfish,” Kennedy added. “We bought in on how to play as a team. We found each other.”

Kennedy said that Steer’s unselfishness and “work between the 30s” was a great catalyst for a team that played man-down defense the entire fourth quarter and still scored four shorthanded goals against New Jersey in a 10-3 semifinal win.

Torres scored two goals in that stretch while Shurtleff and Lawson had the other tallies.

Pictured at top: (From the left) Marriotts Ridge midfielder Maisy Clevenger, St. Paul’s School for Girls midfielder Natalie Shurtleff and St. Paul’s attacker Lauren Steer were big contributors to the Baltimore girls’ 10-7 victory over Philadelphia in the Highlight Division of the All-America Lacrosse Classic on Sunday at Troy Park in Elkridge. Steer was named the tournament MVP. 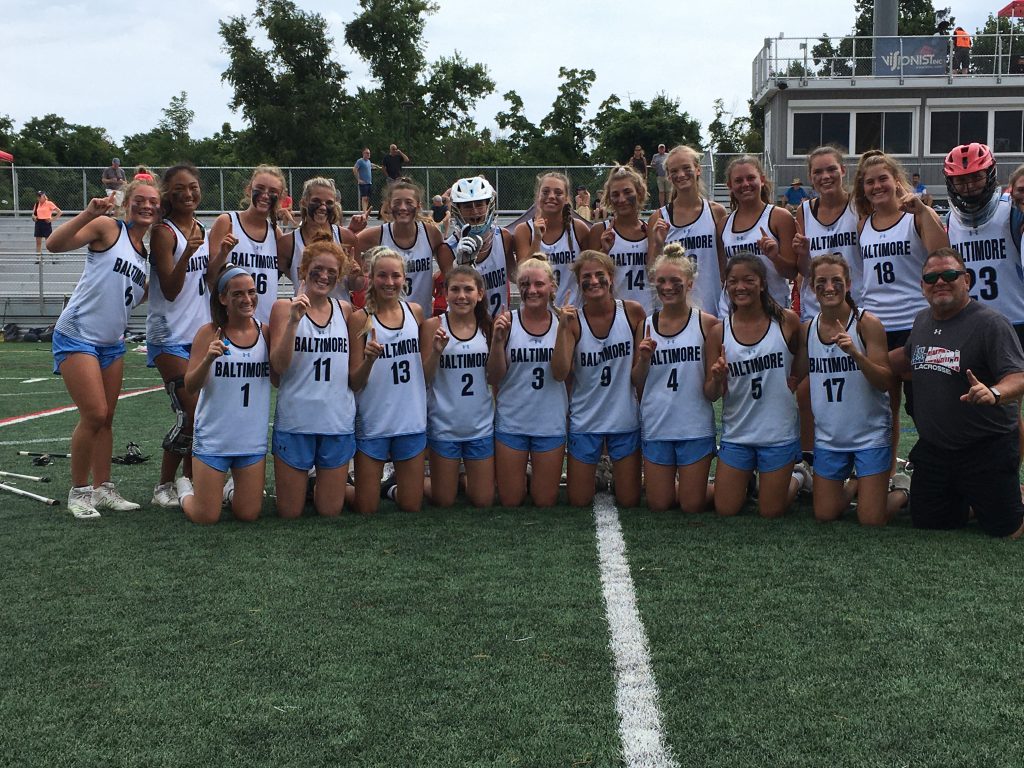 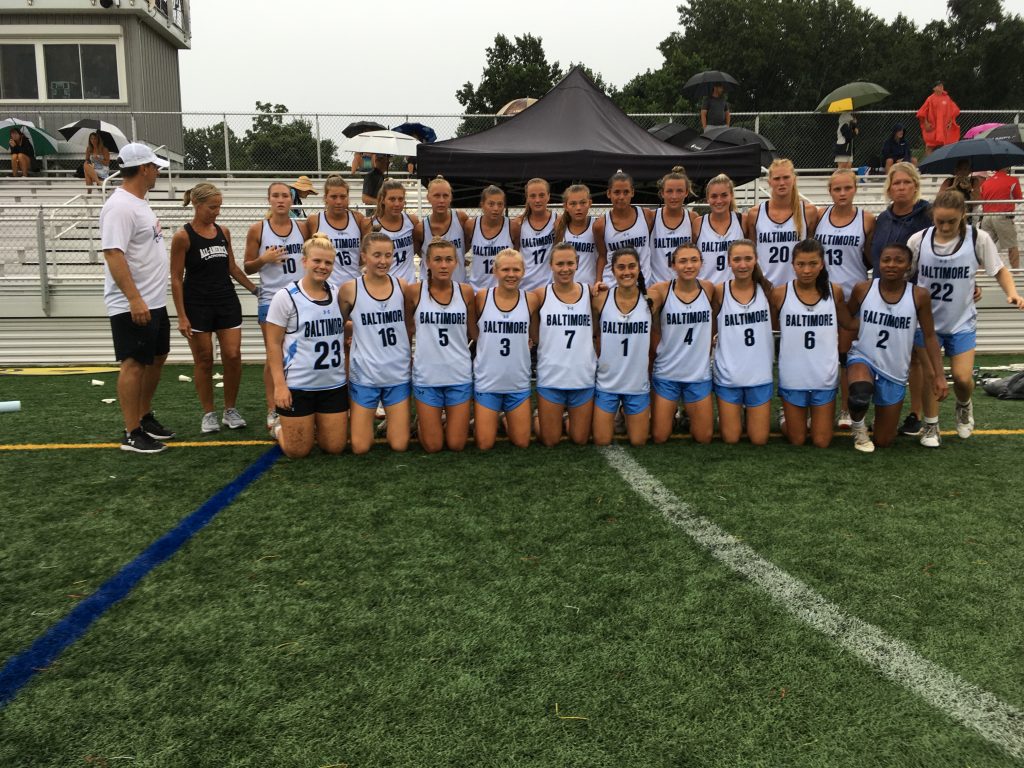