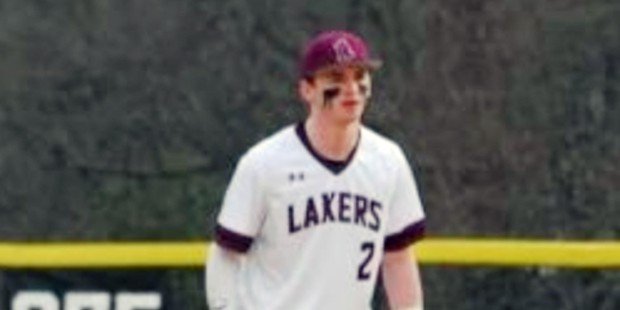 In an effort to complete the regular season in time for the start of the MIAA A Conference baseball playoffs, Boys’ Latin hosted two different B Conference rivals on Monday afternoon for a double-header in Lake Avenue and the Lakers vanquished both Our Lady of Mount Carmel and Glenelg Country to clinch the top seed for the post-season.

Boys’ Latin (10-5 overall) finished its league schedule at 9-1 and clinched by virtue of a head-to-head to tie-breaker with St. Paul’s (14-1 overall, 8-1 MIAA B). Regardless of what the Crusaders do in their regular season finale on Tuesday at Annapolis Area Christian, they will be the second seed in the B Conference’s double elimination tournament, which gets underway on Thursday with three first round games.

Charlie Godin had a home run and three RBI in the first game which saw the Lakers defeat Mount Carmel, 10-0, in five innings. Braeden Hammett went 2-for-2 with a double and two runs scored, while Ian McAsian was 2-for-3 with three RBI. In addition, Jack Fishel, in what would prove to be the start of huge double-header day, scored three runs and drove in two.

McAsian was the winning pitcher after having to take the mound in emergency duty after starter Matt Richmond exited after striking out the game’s first batter. McAsian went 3.2 innings without allowing a hit and striking out six to earn the win.

Mount Carmel’s Michael Baez had his team’s only hit, in the top fifth, to break up a no-hit bid.

In the nightcap, Fishel was the offensive story in a 10-1 win over Glenelg Country. He went 3-for-3 with a double and a home run and six RBI. Antonio Akaterinidis also had a nice game, going 3-for-4, including two doubles, with two runs scored a pair of RBI. In addition, McAsian and JT Windle each had two hits.

Liam Karey was the winning pitcher for BL as he went the first five innings, allowing just four hits and one run. Marcus Arterburn drove in the only run for the Dragons with a hit in the third inning.

Despite the loss, Glenelg Country (8-3, 7-3) will go into the playoffs as the third seed. The remaining seeds will be settled following Tuesday’s final regular season games and all 10 B Conference teams will appear in the post-season tournament. The top three seeds all have byes into the quarterfinals and the match-up of the No. 4 and No. 5 seeds will also take place in the second round.

Pictured above: Boys’ Latin’s Jack Fishel had eight RBI to help the Lakers sweep defeat Mount Carmel and Glenelg Country in a split double-header and clinch the top seed for the MIAA B Conference playoffs.