Lakers return after impressive weekend; City moves to No. 3 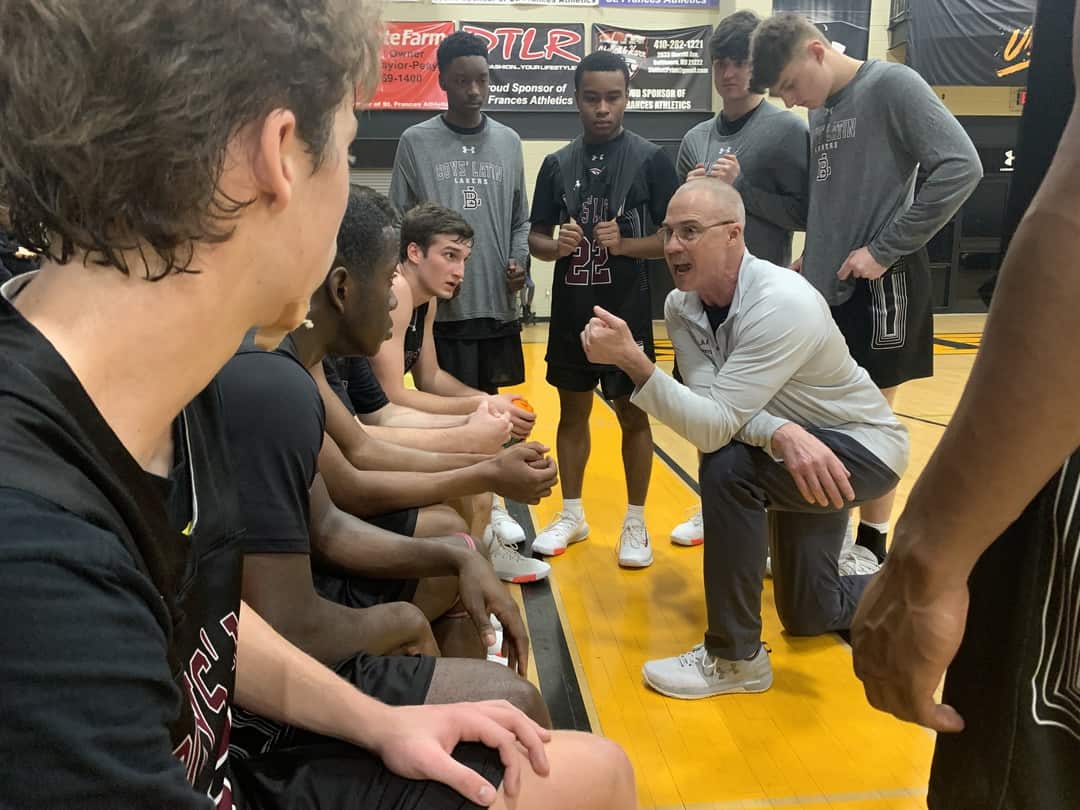 Boys’ Latin coach Cliff Rees talks to his team during a timeout in Saturday’s match with Mervo at the Baltimore Hoops Festival at St. Frances Academy. The Lakers defeated then-No. 8 Mustangs, a day after stunning then-No. 5 Mount St. Joseph in overtime to move into this week’s VSN Boys Basketball Top 20 at No. 17.

After pulling off upsets on back-to-back days, Boys’ Latin School is in this week’s VSN Boys Basketball Top 20.

The Lakers defeated Top 10 squads Mervo (at Baltimore Hoops Festival at St. Frances Academy) and Mount St. Joseph to enter the poll for the first time this season. Boys’ Latin was No. 7 in the final poll last season after reaching the MIAA A Conference semifinals.

Last week: The Lions did not play

Last week: The Indians did not play

This week: at Chesapeake-Baltimore County, Jan. 8; at Randallstown, Jan. 10

Last week: The Jaguars did not play

Last week: The Warriors did not play