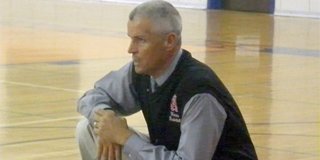 After a brief departure from the local coaching ranks, Bookie Rosemond is back.

Rosemond, who guided the the Archbishop Spalding girls basketball program to great heights over the last decade, is the new girls head basketball coach at Glen Burnie, his alma mater.

With Kristopher Dean vacating the Glen Burnie job after four seasons to become then new girls head coach at Severna Park, Rosemond, who stepped down at the conclusion of last season after nine seasons at Spalding, was a natural choice for the Gophers.

Spalding, which always plays a strenuous national schedule, had struggled in Rosemond’s final few seasons, finishing under .500 the last three years and going just 5-19 overall, last winter, and 1-11 in the IAAM A.

However, he won more than 150 games during his tenure with the Cavaliers, including a 27-2 mark in 2010-11 when his squad went undefeated in winning the IAAM A Conference crown. That year he was named Varsity Sports Network’s very first Girls Basketball Coach of the Year. In 2012-13, he again guided Spalding to the IAAM A title, going 28-3.

Rosemond, a 1980 graduate of Glen Burnie, got his coaching career started as an assistant at Severna Park where he spent three years before getting hired at Spalding.