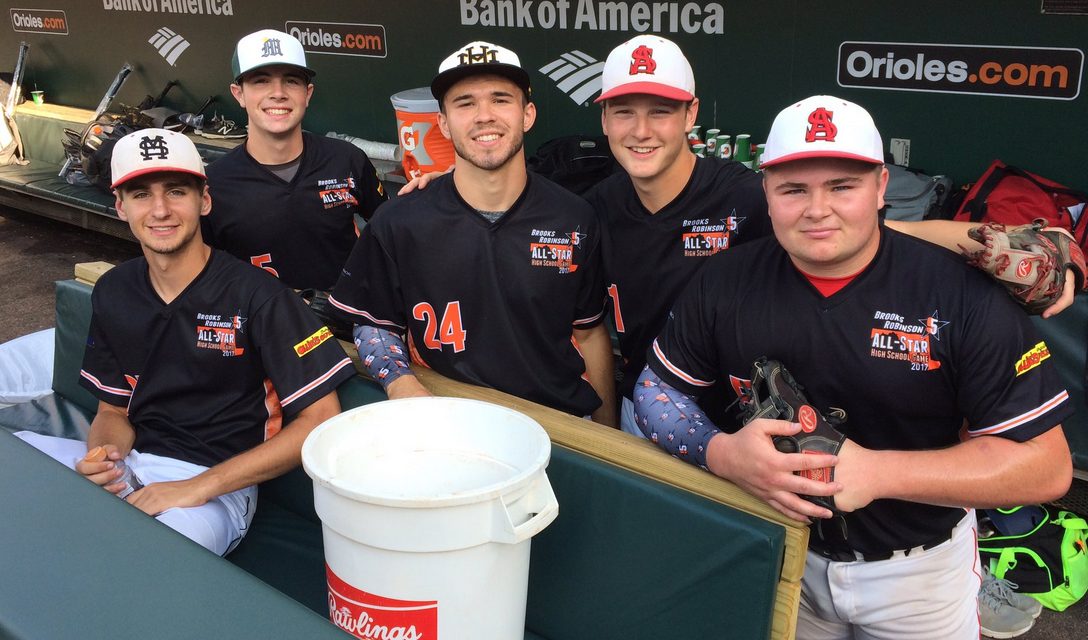 Laker star triples in first run and the North goes on to win, 3-1

Scoring twice in the top of the 7th inning, the North held on to beat the South 3-1 in the 36th annual Brooks Robinson Senior All-Star Game, played at Oriole Park at Camden Yards, on Sunday.

The game was scoreless until the 3rd inning, when, Mark Lopez of Boys’ Latin, who would be named the North’s Most Valuable Player, tripled to deep right centerfield.  On the very next pitch, Garrett Matheny of Calvert Hall drove him home with a lined single to rightfield.

In the 4th inning, the South tied the game at one after Dillon Oxyer of Chesapeake-AA plated Mack McKisson of Arundel with a sacrifice fly.  McKisson, who would be named the South’s Most Valuable Player, had led off the inning with a triple to deep centerfield, the first of his two hits on the day.  In the 7th, Drew Bossi of Dulaney led off the inning with the game’s third triple, this one off the wall in left.  Brendan Collins of Sherwood then singled him home to give the North a 2-1 lead.  Later in the inning, Collins would score the North’s third run when he partnered with Charlie Kozorosky of Good Counsel on a double steal.  Kozorosky had two singles for the North, as did Matt Migliozzi of Sherwood.  Also collecting hits in the game were Broc Lohr of Southern-Garrett and Tucker Heinlein of St. Michaels.

Laker star triples in first run and the North goes on to win, 3-1