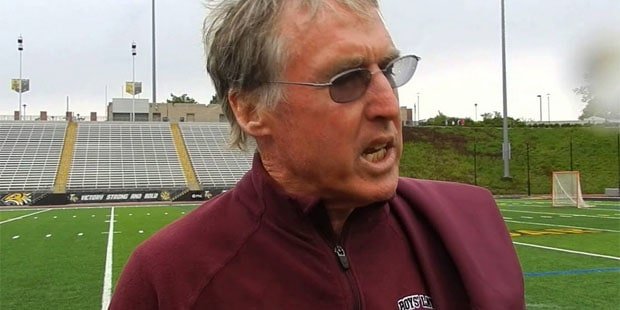 Bob Shriver, who retired from coaching in 2015 after a legendary 36-year career at Boys’ Latin, is the Week 9 special guest on the latest edition of the 2019 Kooper’s Tavern VSN LaxCast

Shriver, who 507 games against just 140 defeats during his time at BL, never had a losing season with the Lakers and won six MSA/MIAA A Conference lacrosse titles. Since his retirement he has turned to broadcasting, serving the color analysts on the weekly MIAA Game of the Week broadcasts produced by Corrigan Sports.

Known for his fiery demeanor on the sidelines and fierce competitiveness, Shriver loves the game as deeply as anyone every associated with it. He shares that passion and a wealth of knowledge in this episode as he mixes it up with our LaxCast crew.

Plus, hosts Rick Brocato, Ron Klausner and Mac Kennedy recap the recently completed MIAA playoffs and run through all of our exciting weekly features, which include:

Click the player below to listen to Week 6 of the Kooper’s Tavern VSN LaxCast with Bob Shriver. Also, click here to visit our show page where you can listen to all current past shows.