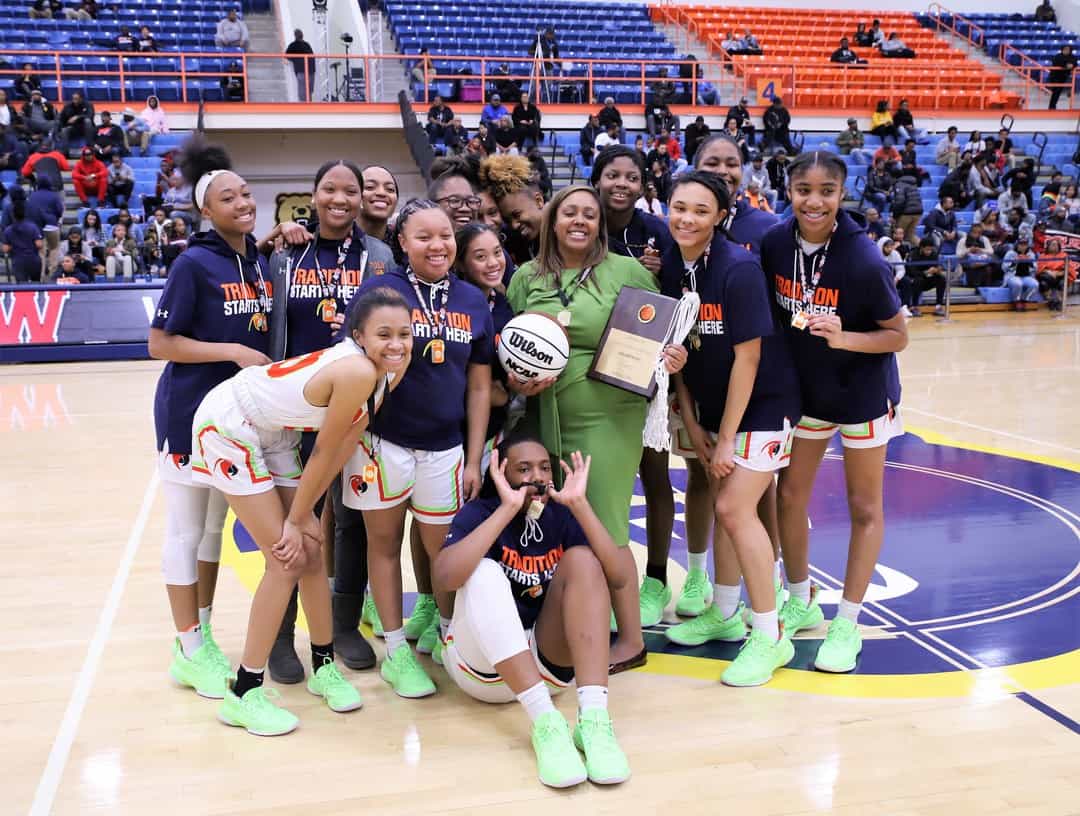 Poly reigned again in Baltimore City with a third straight title. For the first time, the Engineers are No. 1 in the final VSN Girls Basketball Top 20.

Since March 12 when the state public basketball tournament was postponed due to the Covid-19 pandemic, there was hope that the final event of the 2019-20 winter season would be played, albeit in the spring.

But as targeted dates (March 27 and April 27) to reopen state public schools passed, in addition to other restrictions, the likelihood of the state Final Four taking place became slim.

Tuesday, the MPSSAA, in conjunction with the state Department of Education, announced the cancellation of the state basketball tournament and the remainder of the spring athletic season.

Poly, which was seeking its first state title, finishes No. 1 for the first time. The Engineers won their third consecutive Baltimore City title, and their only loss came against then-nationally ranked Riverdale Baptist School, in early December.
Howard, the area’s lone undefeated school, is No. 2. The Lions, who reached the Class 4A state semifinals, won another Howard County crown.
St. Frances Academy, the No. 1 team in the final VSN Top 20 the previous four seasons, finished No. 3. The nationally-ranked Panthers won their fifth consecutive IAAM A Conference title.
St. Vincent Pallotti and McDonogh School complete the Top 5.
Here is the final VSN Girls’ Basketball Top 20 of the 2019-20 season:

Season review: The Lions reached the 4A state semifinals for the first time since 2011. The Ellicott City school won the Howard County for the sixth time in seven seasons.

Season review: The Doves reached the Class 4A state semifinals for the second straight season. The Baltimore City school only lost to Poly (twice) locally.

Season review: The Vikings lost in the IAAM A Conference quarterfinals. The Frederick school won the Gael Classic (at St. Maria Goretti) and Bullis Holiday Classic.

Season review: The Patriots lost to Howard in the Class 4A East Region I final. The Millersville school won its sixth straight Anne Arundel County championship.

Season review: The Hawks lost to Poly in the Class 3A state quarterfinals. The Clarksville school finished second to Howard in the Howard County league.

Season review: The Mustangs forfeited to Old Mill in the Class 4A East Region I semifinals. The Anne Arundel County school lost three games by a total of 12 points.

Season review: The Wildcats lost to Howard in the Class 4A East Region I semifinals. The Gambrills school went 12-4 in Anne Arundel County play.

Season review: The Foresters reached the Class 2A state semifinals. The Baltimore City school lost to state semifinalists Poly (3A) and Western (4A).

Season review: The Cougars lost to St. Paul’s in the IAAM B Conference final. The Baltimore County school won eight of its last nine decisions.