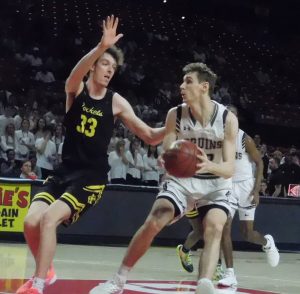 Broadneck’s Logan Vican (right) prepares to shoot as Richard Montgomery’s Miles Gally defends during the second half of Thursday’s Class 4A state boys basketball semifinal at the University of Maryland. Vican finished with 19 points and 10 rebounds as the 13th-ranked Bruins advanced to their first state final with a 72-54 victory.

Then, the Lions slipped. Prince George’s County’s Eleanor Roosevelt rallied for a 63-61 victory over No. 8 Dulaney at the University of Maryland’s Xfinity Center.

No. 13 Broadneck will play for a state title for the first time, topping Montgomery County’s Richard Montgomery, 72-54, in the other 4A state final four match on Gary Williams Court. The Bruins will play Roosevelt at 8 p.m. Saturday in College Park for the state championship.

In their first state semifinal since 1995, Broadneck (23-4 overall) led by as many 18 points in a wire-to-wire performance. Logan Vican finished with a double-double of 19 points and 10 rebounds.

“I thought we played with a lot of energy and we’re definitely peaking at the right time,” said Broadneck coach John Williams, who celebrated his 46th birthday on Thursday. “They played with so much poise. I was just amazed at what I saw.”

Broadneck owned a 34-23 lead at the intermission and quickly widened that margin in the third quarter as the Rockets had no answer for the Bruins in transition. The Bruins opened the third quarter on a 10-5 run while limiting the Rockets, ranked No. 10 in the District region by the Washington Post, to only five free throws during that span.

Richard Montgomery (25-2), in its first state Final Four since 1965, was moderately close at 51-38 entering the fourth. The Bruins opened strong with buckets inside from Vican, Colbert and Young, and then Vican added a 3-pointer.

Young got Broadneck off on the right note with a pair of 3-pointers in the opening quarter, then added a basket off an inbounds play that started with 0.3 seconds left, securing a 17-11 advantage.

“I like to start the game off with a lot of intensity because the team builds off of my energy,” Young said. “If I start off strong and fast-paced, the team will follow behind my lead and that would get us going.”

The Bruins never really let it up, securing their first state final berth. It’s special for Williams, who played on three straight East Region finalist team as a Broadneck player.

“Our community has really pulled together and supported us in a way that I never could have expected. It’s been quite a ride for us. It’s been a dream come true for us, for me especially. We’re just really looking forward to Saturday night.”

Dulaney’s first state Final Four appearance in 42 years ended in heartbreak. After battling back from a pair of 15-point deficits, the Baltimore County school was clipped in the final seconds.

“We had the lead late in the fourth quarter, but we just could not put it away. I think we came in here as the underdogs and we relished that role,” said Lions coach Matt Lochte. “They just made more plays down the stretch than we did. You have to give Roosevelt credit.”

The Raiders dominated most of the first half, leading 35-20 at one point, but Dulaney rebounded in the second. The Timonium school pulled even at 45 on a 3-pointer from Ryan Conway.

Roosevelt ended the quarter on a 7-0 run, featuring a Brown block of a Conway shot and uncontested dunk. The Lions weren’t deterred.

Jaamir Butler converted a basket and was fouled with 48.7 seconds left. He missed the free throw, but tracked down the miss and scored, pulling Roosevelt to 61-60.

Conway was fouled, but missed the front end of an one-and-one. Gross attempted a 3-pointer and was fouled by Byers, who jumped out on Gross and appeared to have avoided him after he released the ball.

“I closed out and I made sure that I ran beside him, so that I wasn’t able to foul him, he kicked his leg out,” Byers said.

Gross, who made 11-of-13 free throw attempts, connected on the first two and Dulaney called timeout. He completed the trifecta.

Conway brought the ball past midcourt and handed off to Cornish. Cornish passed off to Byers, whose attempt hit the front iron as the buzzer sounded. 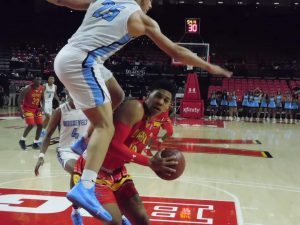 Dulaney’s Che’ Evans is fouled by Eleanor Roosevelt’s Isaiah Gross during the fourth quarter of Thursday’s Class 4A state boys basketball semifinal match. The No. 8 Lions rallied from a 15-point deficit to claim a late second half lead, but Roosevelt scored 9 of the final 10 points to take a 63-61 decision.

“I’m very proud of these guys,” Lochte said. “This is a very young team. Roosevelt has three senior starters and their experience made the difference down the stretch. They just made more plays late than we did. After their kid [Gross] made those three free throws, I thought about calling a timeout but we got the play we wanted. We got the ball over to Cam [Byers] and he had a good look, but it just came up short.”

En route to College Park, Dulaney ended Perry Hall’s two-year reign as 4A champs in the North semifinals. The Gators made three straight 4A Final Four trips, starting with a loss to Roosevelt in 2016.

The Lions may be on the same trajectory, returning starters Evans, Byers, Conway and Cornish next season.

“I would say as a program, we learned a lot, more like brotherhood and coming together and playing for each other,” Byers said. “I feel like this loss is going to make us even closer for next year.” 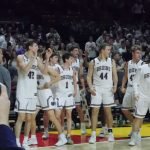 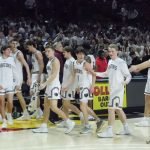 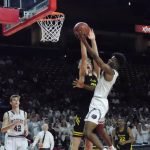 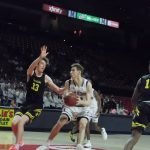 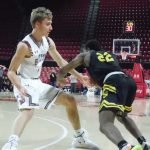 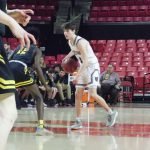 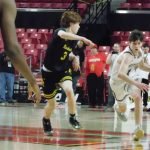 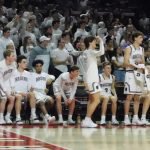 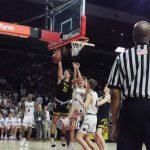 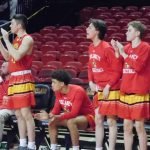 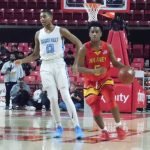 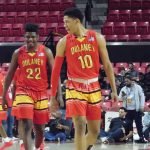 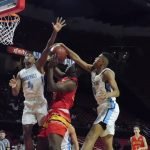 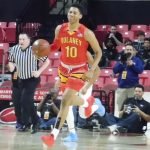 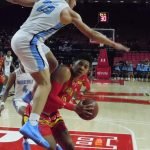 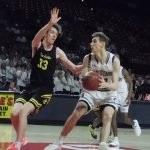 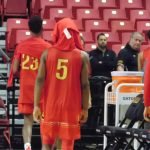