St. Frances’ Corum and Jacobs from McDonogh are VSN’s best on gridiron; Holzer is Coach of the Year 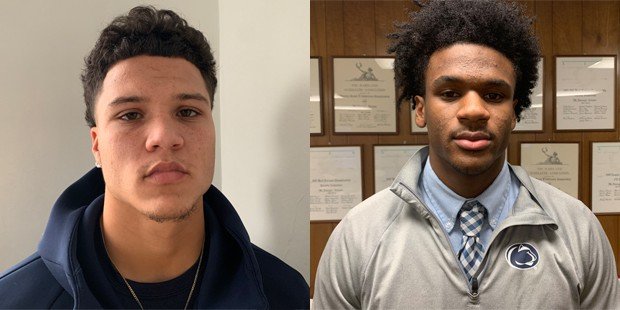 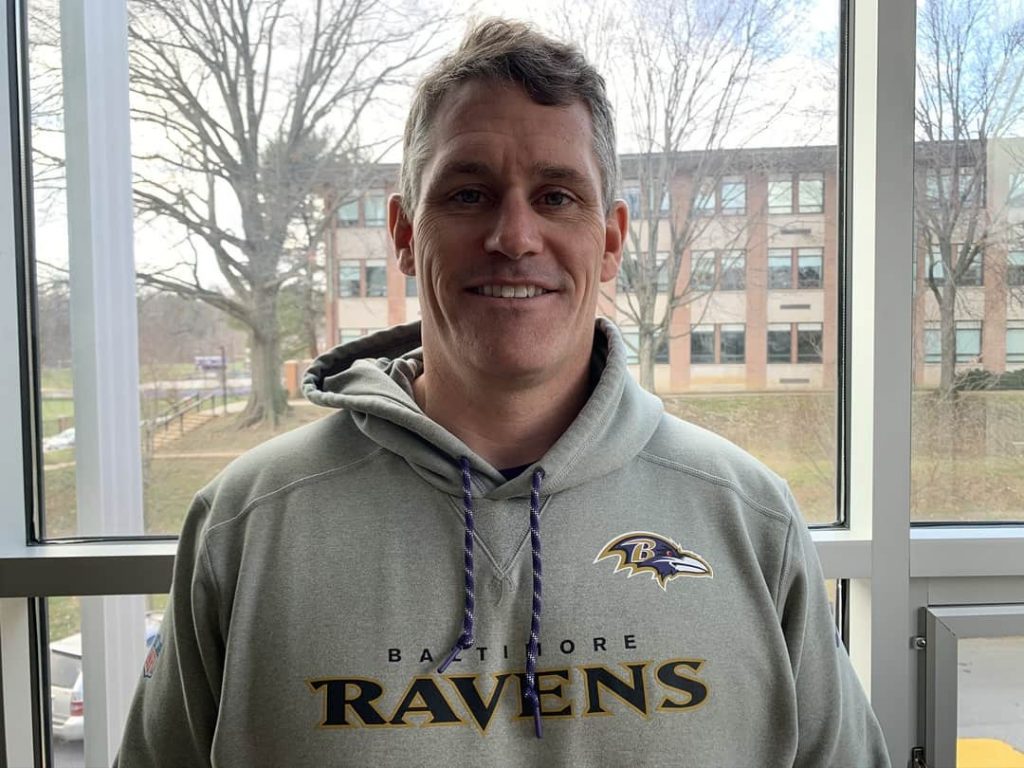 In his ninth season as an area coach, Rich Holzer had arguably his finest campaign, leading Mount St. Joseph to the MIAA A Conference championship. Holzer is Coach of the Year.

Congratulations to Blake, Curtis and Rich. The trio were kind enough to share their stories with us, including video interviews. 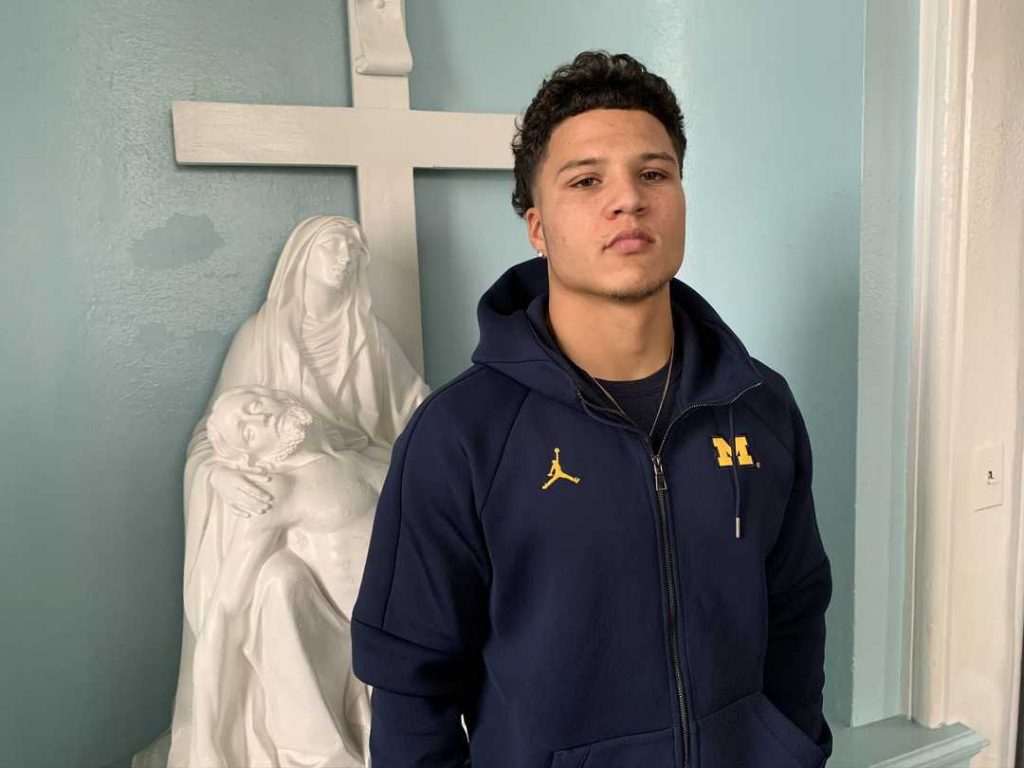 Corum stood tall for No. 1 Panthers this fall

On a roster full of Division I recruits, no player arguably was most important for St. Frances Academy than Blake Corum. The senior running back is VSN’s Football Offensive Player of the Year.

Corum, 5-foot-9 and 195 pounds, rushed for 1,438 yards and 22 touchdowns for the Panthers (11-1 overall), who finished ranked fifth in the nation by USA Today and MaxPreps. He was the focal point in the East Baltimore private school’s marquee games last fall.

“It wasn’t a burden, I’d do anything to help my team out,” said Corum, who had 13 receptions for 226 yards and three scores. “The o-line led the way for me.”

Against California powerhouse and then-nation No. 1 Mater Dei, Corum produced 252 total yards (181 rushing, 71 receiving). The Panthers, the area’s and state’s No. 1 squad, suffered their only loss, 34-18.

“Blake Corum is by far the best back we’ve played against this season and, actually, in recent memory,” said Rollinson. “His toughness, vision and breakaway speed are what makes for highlight films.”

Against nationally-ranked IMG Academy, Corum went for 136 of his 192 yards in the second half as St. Frances routed the Florida powerhouse at Morgan State University. He had 90 yards on 20 carries and a score against then-nationally ranked New Jersey’s St. Joseph Regional.

Corum said he was more patient this season, “finding the hole.” He had 1,695 total yards and 20 touchdowns as a junior in 2018 after transferring from St. Vincent Pallotti.

After a victory at Florida’s Venice in October, St. Frances co-coach Henry Russell saw Corum working out in the fitness center at the hotel the team was staying. Corum told Russell he wasn’t happy with his performance.

“He’s a warrior,” said Russell. “He refuses to be outworked. He’s special.”

The first local player since 2011 to be named Gatorade Maryland Player of the Year, Corum will play in the Under Armour All-America Game Thursday in Orlando. He will head to the University of Michigan to enroll for the spring semester and take part in April’s spring practice.

“I’m ready to take on the challenge,” said Corum, who signed with the Big 10 Conference stalwart a couple of weeks ago. “If I keep working hard, I can accomplish big things and help Michigan.” 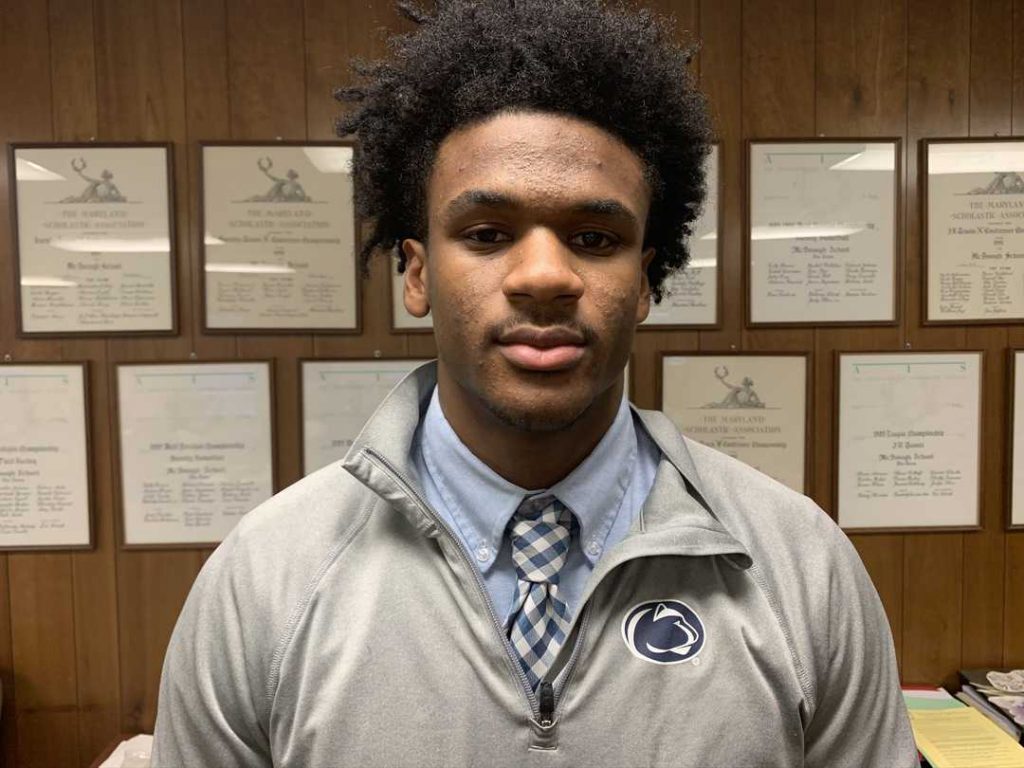 There were nothing but smiles for McDonogh School football after its victory over Gilman School to close the 2018 season.

“The captains came together after the season and said we wanted to make something happen and be remembered,” said Curtis Jacobs. “No one’s going to remember a 3-6 team.”

Last fall was memorable for Jacobs and the Eagles who rebounded with one of their finest seasons. Jacobs is VSN’s Defensive Player of the Year.

McDonogh (11-1 overall) reached the MIAA A Conference championship game for the first time. The rebound coincided with Jacobs’ emergence as one of the nation’s top all-around performers.

The 6-foot-3, 235-pounder recorded 36 tackles (15 for loss), five sacks and an interception at linebacker. He totaled 448 yards and six touchdowns rushing and receiving, and another 139 in return yardage.

Jacobs said he changed his mental approach during the offseason.

“I didn’t want to be the soft receiver who just wanted to catch the ball and run around,” said Jacobs. “It really took me digging deep and find that inner-dog. It’s something I knew I had.”

“You saw a difference in terms of his leadership, where he wanted to play defense and he embraced that role,” said McDonogh coach Hakeem Sule. “You start getting the college coaches coming by and they’re mentioning, ‘Hey, you have an opportunity to play defense and be a bigger impact guy.'”

Jacobs single-handedly carried McDonogh to the MIAA A final. In the semifinals against Archbishop Spalding, which rallied from a 19-0 deficit to take the lead in the fourth quarter, Jacobs caught the winning touchdown with 35 seconds left in regulation and sealed it with an interception.

The Eagles fell short of a perfect season, losing to Mount St. Joseph in the MIAA A final.

“Win or lose, we always stuck together,” said Jacobs.

A three-time all-MIAA A selection, Jacobs is a consensus national Top 10 recruit as a linebacker. He will play in the Under Armour All-American game Thursday in Orlando.

Jacobs will play for Penn State next fall where he’s the No. 1 prospect for the Big 10 Conference power incoming freshman class.

“I never saw myself in this position. If you ask where I’d be 10 years ago, I would’ve tell you something different,” said Jacobs. “It’s been a great journey.”

2019 VSN FOOTBALL COACH OF THE YEAR

When Rich Holzer arrived at Mount St. Joseph five years ago, he believed he had the infrastructure for a championship. In 2019, the Gaels reached the top of the area’s toughest league and, for Holzer, make history.

Holzer is VSN’s Football Coach of the Year after guiding the Baltimore City private school (10-2 overall) to the MIAA A Conference championship, their first since 2007. It was the Gaels’ first outright title since winning the Maryland Scholastic Association (MSA) A in 1949.

“It’s something you talk about it. It didn’t become very real until prior to the season,” said Holzer, whose team finished No. 2 in the final VSN Top 20. “We thought we had a shot..we knew there was a lot of good teams we had to make our way through.”

Mount St. Joseph avenged the McDonogh loss with a 17-10 victory in the final at Whittles Field, sparked by a defensive score. The Gaels allowed the fewest points (10) in MIAA A playoff history.

Known for prolific offense, Mount St. Joseph had a shutdown defense this season.

“They won that championship for us,” said Holzer, whose allowed 40 points (six games) in MIAA A play. “They constantly kept McDonogh at bay and gave us enough time to figure things out on offense.”

“I walked into a good spot,” said Holzer who inherited players like current college standouts Manny Patterson (Maine), Jadan Blue (Temple) and Bryan Costabile (Notre Dame; lacrosse). The defense was there, it was about getting the offense rolling. As the years progressed, we’ve taken it to another level.”

Holzer, a former standout offensive linemen at Hofstra who prepped at Archbishop Stepinac in New York, is the first to win VSN Coach of the Year honors at two different schools (won in 2012 at Meade). He’s 41-15 in five seasons at Mount St. Joseph.

“It’s a tremendous treat to see these guys from eight graders to MIAA A champions,” said Holzer. “Hopefully this group will keep the ball running.”