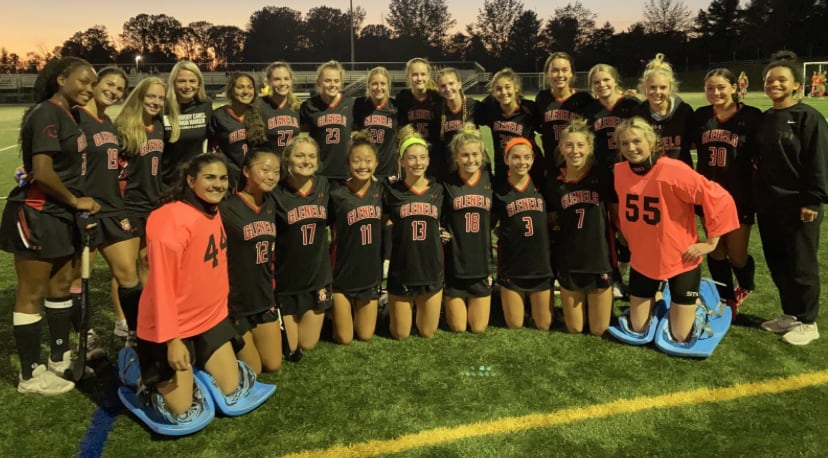 No. 5 Gladiators stop River Hill behind Eyre’s second half breakout

The victory clinches the league title for the Gladiators (11-1 overall and Howard County). It’s Glenelg first HoCo title since 2018.

The Gladiators can thanks Eyre, whose second half hat trick highlighted a four-goal run. Glenelg trailed 2-1 in the first half before Kim scored off an assist from Skyler Rill with 28 seconds left before halftime.

Rill, Kate Kim and Henson each added an assist for Glenelg. Junior Maddie Vasilios scored both goals for River Hill (11-3, 10-2 Howard), and Puja Nanjappa finished with an assist.