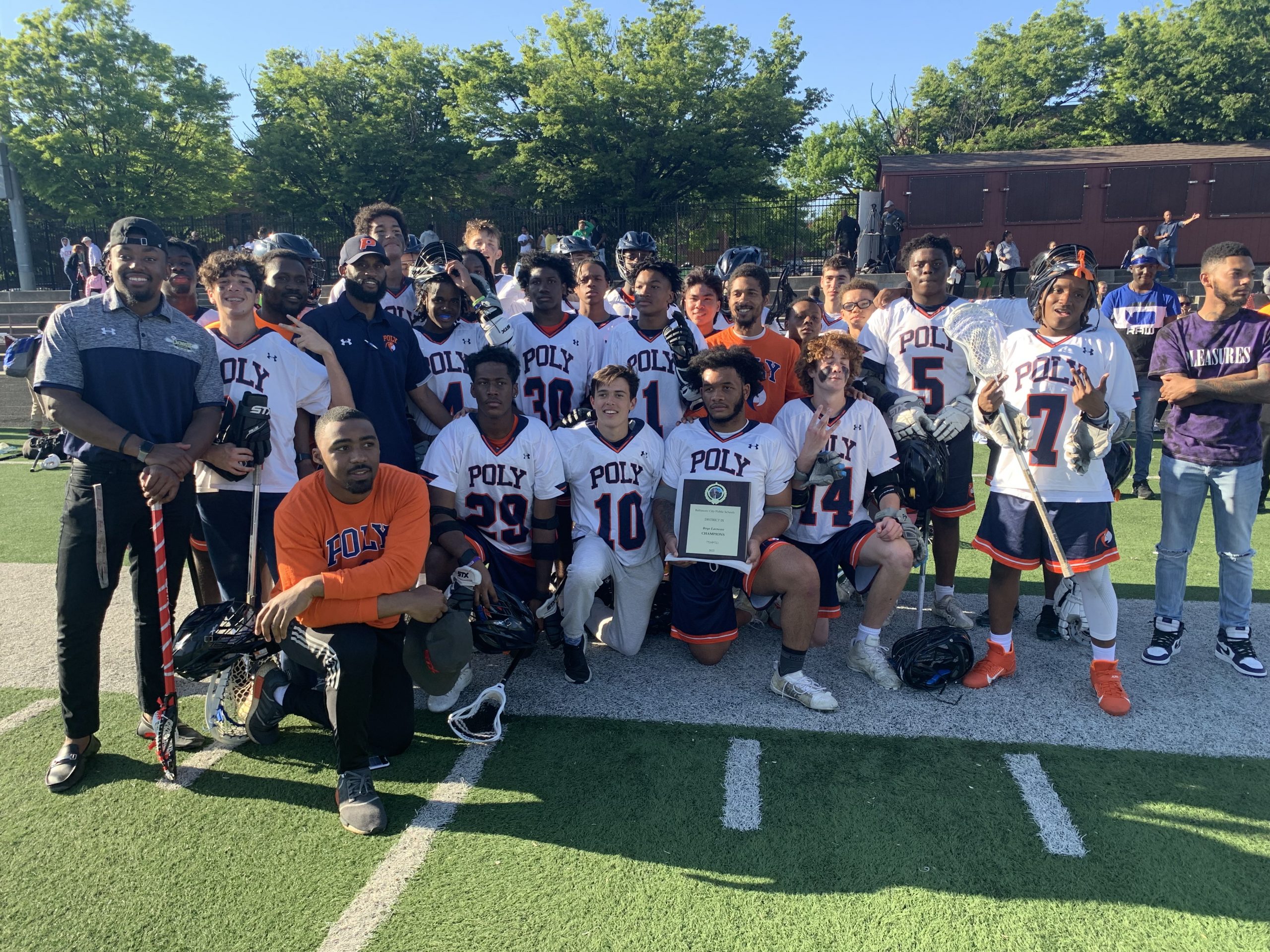 Poly High coach Phil Thompson believed 2020 was the year for the Engineer boys lacrosse to win the Baltimore City championship. It didn’t come to fruition as the COVID-19 pandemic shuttered the 2020 season.

The Cold Spring Lane school reversed an early three-goal deficit with timely offensive plays and held the Knights scoreless for a 31-minute stretch on its way to its first city crown since 2014. It was the first city championship lacrosse match since 2019.

“We started a little slow and in the second quarter we pretty much came together and I just asked them the question. I was like, ‘You say you want to win a championship. What are we doing to show that we want to be champions?’” said Thompson, who’s also Poly’s athletic director.

“They woke up, and I think we brought it within [a one-goal deficit]… and they started talking about some of the corrections that we needed to do as a team and individually, and then we pretty much pulled it together.”

Poly’s Tyrese Stanley scooped up a ground ball near midfield, took several strides and scored the game’s first goal about three-and-a-half minutes into the game before City responded with three goals – all of which were assisted by Ansen Park – to close out the first quarter.

Ben Riga scored at the three-minute mark in the first, Benjamin Caplan scored 19 seconds later and James Lane added a goal to send the Knights into the second with a 3-1 lead. Park tallied a goal with 9 minutes, 26 seconds left in the second, extending City’s lead to 4-1.

Poly got off a lot of shots in the early going, often misfiring by wide margins. City controlled the ball and forced turnovers to stay in control for most of the first half. 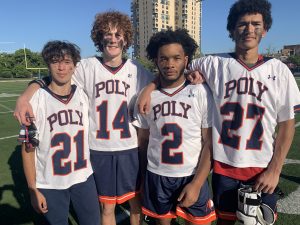 Rebounding from a shaky start, the Engineers settled down and netted five unanswered goals over the next two quarters, beginning with back-to-back scoring plays by Valery in the final minute of the first half that gave Poly much-needed momentum heading to halftime.

“I definitely think it helped the momentum of the game go in our favor,” Valery said of his two goals. “The defense holding them (City) scoreless for that long period of time helped motivate the offense.”

Valery found Darryl Spence cutting across the middle for a goal inside the first minute of the third quarter, followed by unassisted goals from junior midfielder Tyon Miller at the 9:58 mark and Yezzi with 2:28 remaining in the quarter for a 6-4 advantage entering the fourth.

The Engineers didn’t score in the final frame, but stayed in control to eke out the win. Thompson commended Dylan Buise and Roman Dombrowski on defense.

Freshman Jacob Harburger, playing his first season of lacrosse, finished with five saves for Poly, including a nifty one-on-one stop in the fourth.

Poly led 34-24 in shots and secured more ground balls in the second half. The Engineers also used ball control and sustained defensive pressure to prevent City.

Lane broke the Knights’ scoring drought with his second goal of the afternoon with 2:30 left in the game. The Alameda school got the ball back with 2.8 seconds remaining, but Caplan misfired on a desparation attempt from about 20 yards.

The Engineers defeated City (8-4), 7-6, in double overtime during the regular season.

“Hats off to [Poly]. These guys played really, really tough… so hopefully we’ll be back. Maybe we’ll see them again in the playoffs,” City coach Anthony “Merc” Ryan said. “We gotta work a lot on our defense and bring them up to speed. They’re very, very young and the game is still moving really fast for them regardless of the competition that we play. So we’re a work in progress.”