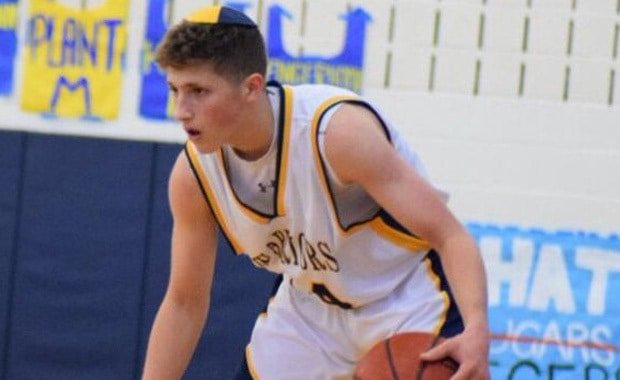 The Beth Tfiloh basketball team, which host the annual Weiner Tournament on its Brooklandville campus next week, will enter the event with an impressive 2-0 start, which includes Monday’s 60-59 overtime upset of visiting Chapelgate Christian.

The Warriors, of the MIAA C Conference, have not defeated a team from the B Conference in several years, but that changed when Harris Gartenhaus sank a free throw with 7.8 seconds to play in overtime, followed a defensive turnover by Warriors, on the ensuing possession, to clinch the victory.

The Warriors led 13-12 after one quarter and maintained a 4-6 point lead for most of the second quarter before heading to the half with a 29-24 advantage.

The Warriors’ senior backcourt of Gartenhaus and Gav Landau led the way with 10 points a piece in the first half. The lead hovered around 6 points during the third quarter before Chapelgate hit a 3-pointer at the buzzer to pull within 43-39. The Yellow Jackets opened the fourth on a 6-2 run to tie the game, 45-45, but the Warriors responded and went back up by four, at 53-49.

Chapelgate scored four straight to tie the contest again with just eight seconds to play in the fourth. Beth Tfiloh made a push to win it in regulation, but a final shot at the buzzer did not go. In overtime there were two lead changes and three ties before Gartenhaus delivered the winning free throw.

Gartenhaus and senior forward Ryan Ross led the Warriors with 16 points each while Landau added 14.

Chapelgate’s Zach Knox led all scorers with 24 points and Marvin Cofield added 11 for the Yellow Jackets.

Pictured above: Harris Gartenhaus shared the team-high lead with 16 points and hit the game winning free throw for Beth Tfiloh.