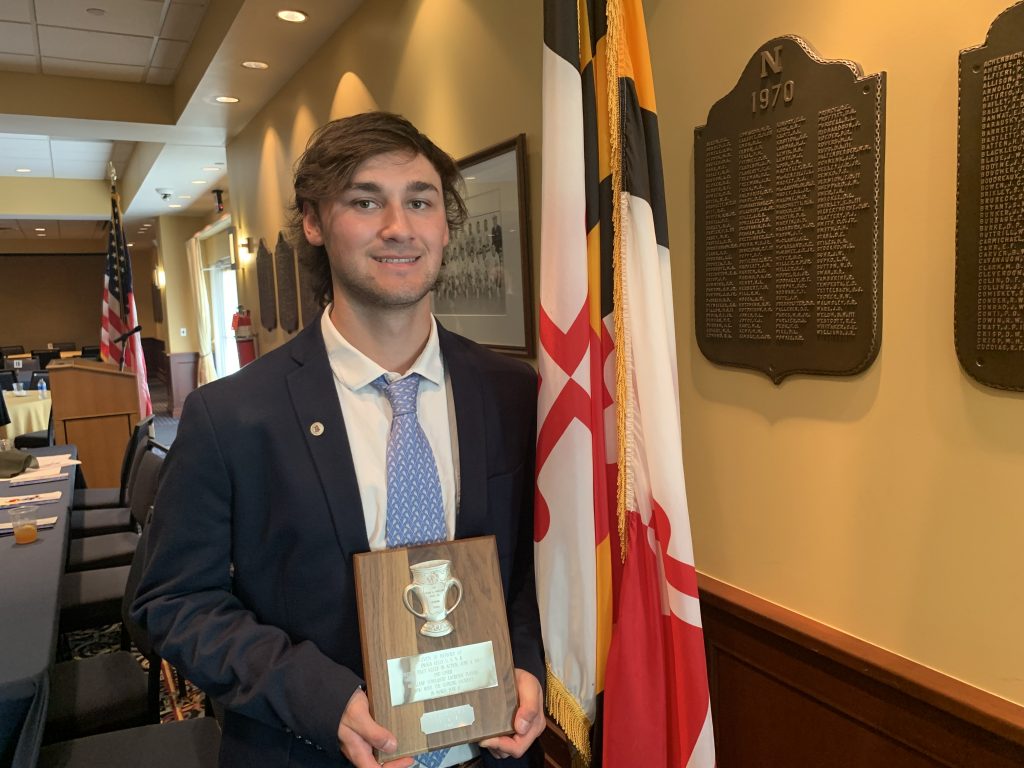 Dominic Pietramala won the C. Markland Kelly Award as the top boys lacrosse player in a ceremony Sunday afternoon at Navy-Marine Corps Memorial Stadium. The University of North Carolina-bound attack is the 15th Boys’ Latin perfomer to win the award.

The name Pietramala has symbolized excellence in lacrosse in Maryland for five decades.

Sunday, Dominic Pietramala received one of the state’s most prestigious honors. The recent Boys’ Latin School grad was named the winner of the C. Markland Kelly Award in a ceremony at Navy-Marine Corps Memorial Stadium in Annapolis.

“It’s super special and something that doesn’t happen without my coaches and teammates,” said Pietramala, an attack who helped the Lakers to the MIAA A Conference semifinals this past season. “I’ve been blessed to have Coach Farrell come into my life in 8th grade…it’s been nothing shy of amazing. The friends I’ve made, the lessons Coach Farrell along with the team have taught me ultimately come back to why I’m in this position.”

Pietramala, who will play for the University of North Carolina next spring is the first Boys’ Latin performer to be named the “Best High School Lacrosse Player in the State of Maryland,” since Shack Stanwick in 2014. Pietramala is the 15th Laker to receive the award first bestowed in 1945 in honor of C. Markland Kelly, who died in 1942 in the Battle of Midway during World War II.

Kelly, who graduated from McDonogh School and attended Friends and Gilman schools, was a star goalie at the University of Maryland. He left in 1940 to join the Navy where he became a fighter pilot.

The second-ranked player in the Class of 2022 by Inside Lacrosse, Pietramala was a driving source for Boys’ Latin, which was the No. 1 seed in the MIAA A playoffs and VSN’s top team for four weeks. He helped the Roland Park school to the MIAA A championship as a junior in 2021.

Pietramala’s father, Dave, won two national titles in 20 seasons as head coach at Johns Hopkins where he was a three-time All-America defensemen and won a national title in the late 1980s. He was inducted into the National Lacrosse Hall of Fame in 2004.

“He never put any pressure on me. He’s the greatest dad in the world and the greatest coach in the world,” said Dominic of his father, now an assistant coach at Syracuse. “What he’s done for me in my life is show me that there’s no wrong way to handle any situation…no matter what I do he’ll be proud of me if I were to play baseball, soccer or lacrosse.”

Pietramala was the overall winner, selected by the Maryland State Lacrosse Coaches Association, which presented awards to the top players in the public and private sectors. Pietramala was top choice for North private schools while Bullis Prep’s Charlie Muller won for the South.

Catonsville’s Brian Ruppel was the top player in Class 3A. The University of Maryland-bound goalie was selected the Tim Wynne Award recipient as the state’s best netminder.

Ohio State associate head coach Travis Crane was the feature speaker for Sunday’s ceremony. The Eastern Tech grad who played at CCBC-Essex and Penn State, served as a Calvert Hall College assistant before moving into the college coaching ranks. 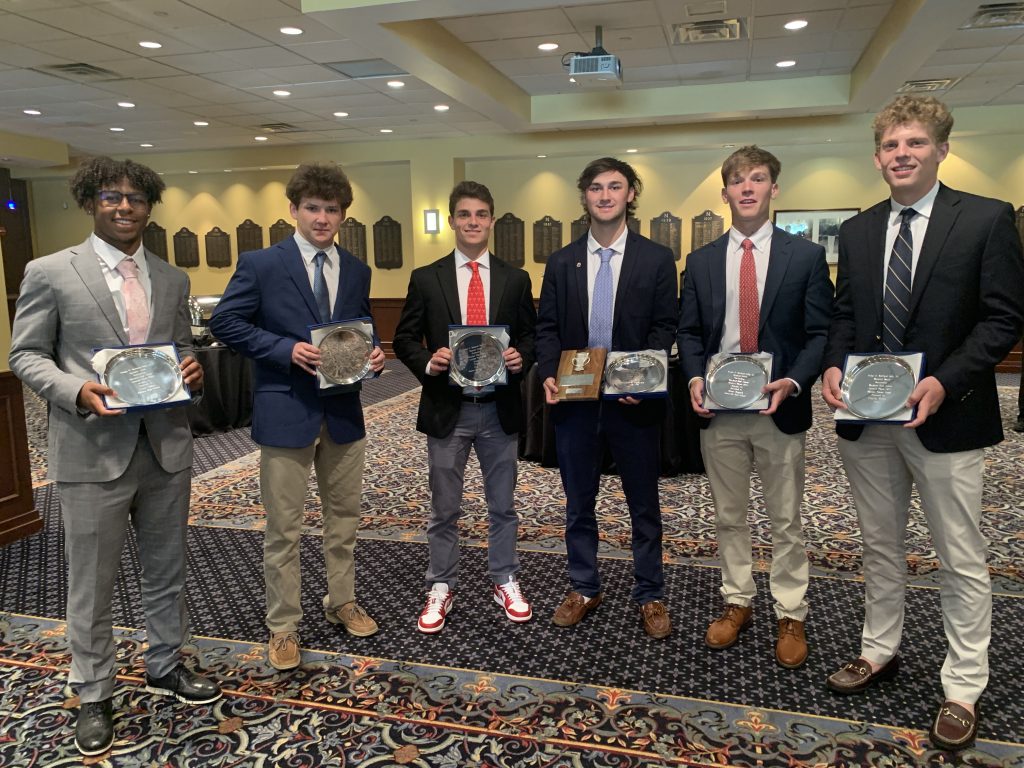