Bernstorf will step down as AD at St. Paul’s 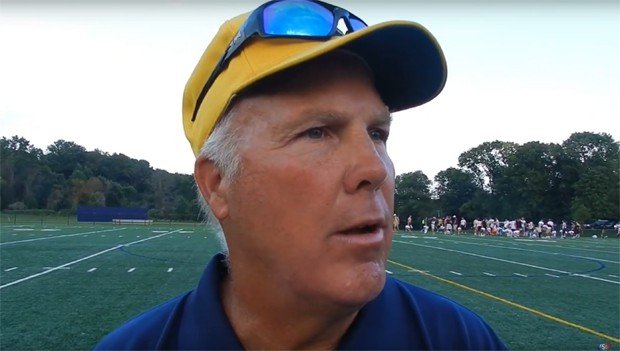 After 30 years of coaching and athletic administration, he will return to teaching full-time

Paul Bernstorf, the athletic director at St. Paul’s School since 1995 and a highly successful head coach with both the varsity baseball and football programs, at various times, has announced that he will retire from his athletic post with the school at the end of the current academic year.

Bernstorf’s career as an athletic director and head coach has spanned 30 years. He plans to remain on the faculty at St. Paul’s and will return to the status of full-time teacher.

A two-sport athlete (football and baseball) in high school, Bernstorf pitched in college for the baseball team at the University of Richmond. As the head baseball coach at St. Paul’s, he led the Crusaders to titles in 1996, 2002 and 2003 and reached the finals in 1997, 2001 and 2005.

Reluctant to talk about his accomplishments, Bernstorf said, “It has never been about myself, so I do not know what records I had.”

He was also hesitant to speak of some of the great athletes he coached, in fear that he may forget someone, but he did mention the following.

And two particular baseball players were most special to coach, Bernstorf’s sons Bryan and Stephan.

In a letter announcing the retirement to the St. Paul’s community, headmaster David Faus said, “During his time as AD, Paul helped us realize many improvements to our athletics facilities, guiding the construction of a new gym, stadium, turf field, and more. We are grateful to Paul for the long hours he has put in on our courts and fields and for modeling how to compete with sportsmanship, drive, and a genuine love of the game.”