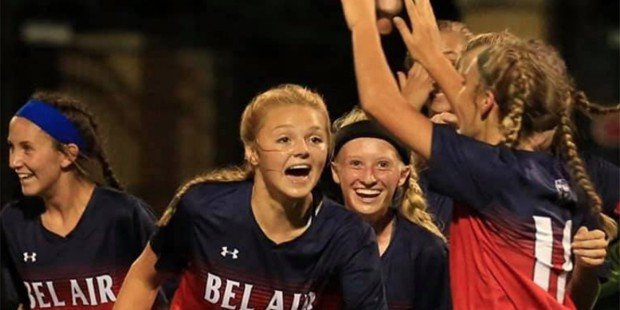 Vlangas nets the golden goal for the Bobcats

In an intense rivalry between neighborhood rivals, Thursday evening, the Bel Air and C. Milton Wright girls soccer teams locked up in a double-overtime battle well into the second overtime before Cha Vlangas netted a golden goal for Bel Air, lifting the Bobcats to a 1-0 UCBAC Chesapeake Division victory.

Vlangas hit her game winner from just outside the 18, with an assist from Peyton Todd.

Despite the loss, C. Milton Wright (5-4-1 overall, 3-2-1 UCBAC Ches.) remains in first place in the league with 10 points. Bel Air (3-6-2 overall) improved to 2-1-2 in the league and is now tied with Harford Tech for third place, each with eight points. Fallston (3-0 in the league) is currently in second with nine points.