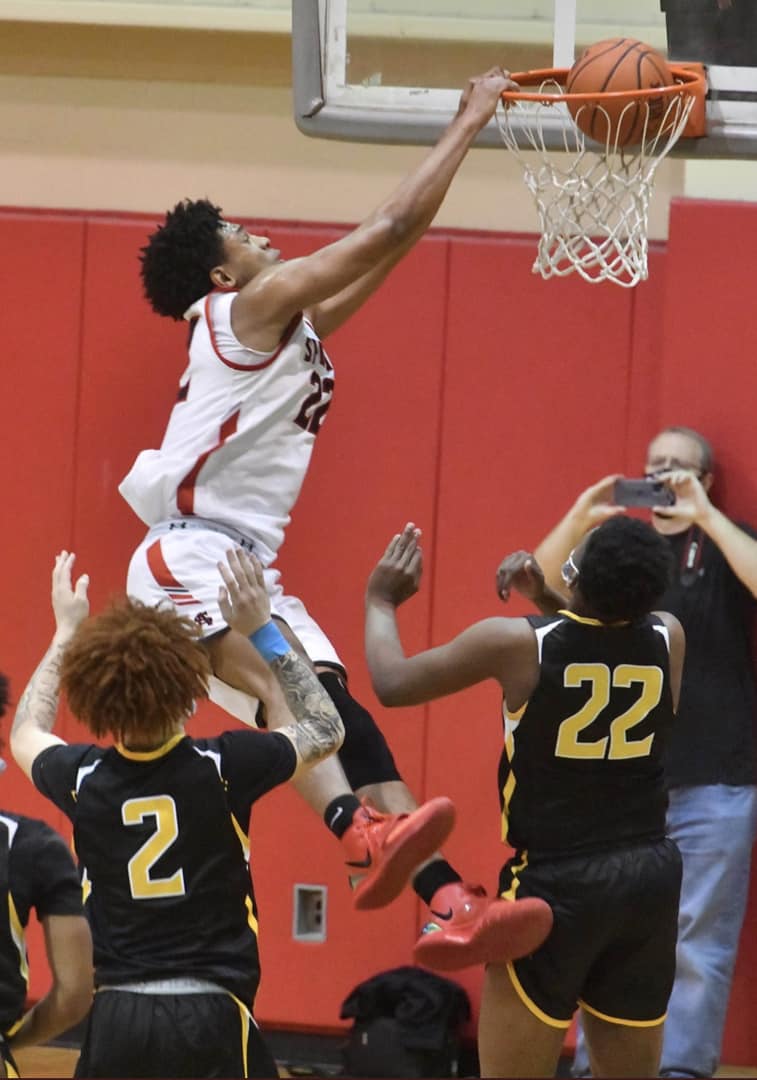 Well, better said than done. The forward was at times unstoppable for the Cavaliers, and Sunday, Whitmore was selected the Baltimore Catholic League’s Player of the Year.

Whitmore, 6-foot-6, is averaging 22 points and 11.7 rebounds for the Cavaliers (11-2 overall), who finished second (5-2) in the regular season standings. He’s the first Cavalier player to be named the BCL’s top player since Rudy Gay in 2004. Gay is in his 12th season in the NBA (currently playing for San Antonio) after being selected in the first round out of the University of Connecticut in 2006.

Whitmore is the first underclassmen selected the Jerry Savage Award recipient (BCL Player of the Year) since former Mount St. Joseph and University of Maryland star Jalen Smith in 2017. Smith was a first-round draft selection last October by Phoenix.

“For a 16-year old junior he’s really grown up and show a lot of maturity,” said Pratt. “We’re asking a lot from him…he’s happy for his teammates, works hard in practice. He’s come full circle.”

St. Frances coach Nick Myles was selected the Ray O. Mullis recipient as Coach of the Year. Myles, who was previously selected in 2018, guided the East Baltimore school to its record 11th regular season championship.

The 50th BCL Tournament commence Monday with four quarterfinal matches at the higher seed. The semifinals take place Wednesday and championship Friday, both at a site to be determined.