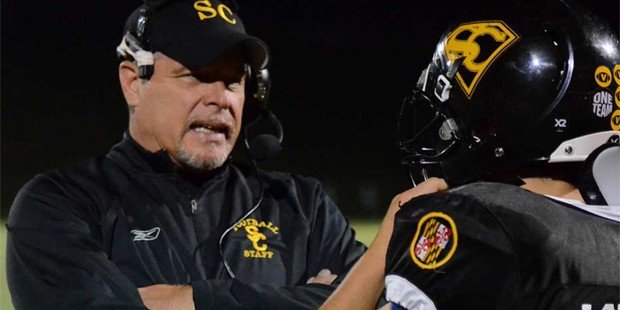 After a first quarter touchdown, South Carroll found it difficult to move the ball against Carroll County football rival Francis Scott Key, Friday night at Western Regional Park in Woodbine. But, in the fourth quarter, a punt return for a touchdown and the second rushing TD of the night by Ryan Barnard propelled South Carroll to a 20-8 victory.

Barnard scored from four yards out, late in the opening quarter, but South Carroll’s lead remained just 7-0 as the team’s entered the fourth quarter. However, AJ Rodrigues boosted the Cavaliers (2-1) when fielded an Eagle punt and took it to the house for a 55-yard touchdown return, and a 14-0 South Carroll lead.

Still with nearly a full quarter to play, Francis Scott Key (0-2) launched a long drive and reached the end zone on a 1-yard run by Jarren Rutter. The Eagles also converted the 2-point conversion run to pull within six with less than five minutes to play.

South Carroll would not be denied. Barnard setup the Cavs up with a first-and-goal with a long run and then converted a 6-yard touchdown run to set the final margin of victory.

Pictured above: South Carroll coach Mike Kraus has his football squad off to a solid start in this special spring season. The Cavaliers defeated Francis Scott Key in a Carroll County match at Western Regional Park in Western Howard County Friday evening.