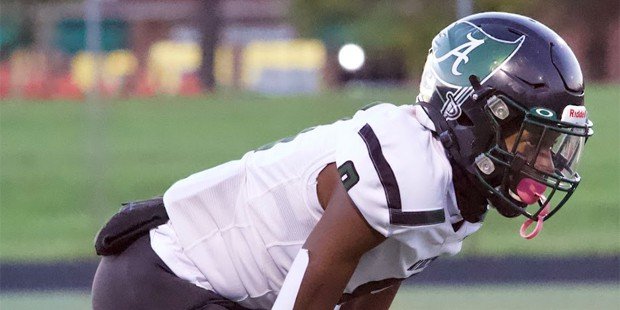 Feldman and Smitson spark a home win over Hammond

One week after suffering its first loss of the season, the Atholton football team returned to the win column with a 30-15 victory over visiting Hammond, Thursday night in Howard County.
Harrison Feldman led the Raiders on a 47-yard drive and scored the Raiders first touchdown on a two yard run midway through the first quarter as the Raiders jumped out to a 7-0 lead.
Atholton led 17-7 at the half and added two more scores in the fourth quarter to improve to 4-1.
Kevin Smitson averaged nearly 10 yards per carry, gain 69 yards on seven carries, including a 5-yard touchdown run in the second quarter. He also added an 18-yard TD reception, from Miles Scott, in the fourth quarter.
Field position played a key role in the contest and Atholton had the edge as Tyreek Reid returned three kickoffs for 83 yards and three punts for 80 yard. Ben Gershunny also added a 37-yard field goal in the second quarter.
Korede Sogbesan had 10 tackles, including two for loss, and three sacks to propel the Raiders defense.
Hammond dropped to 1-4.