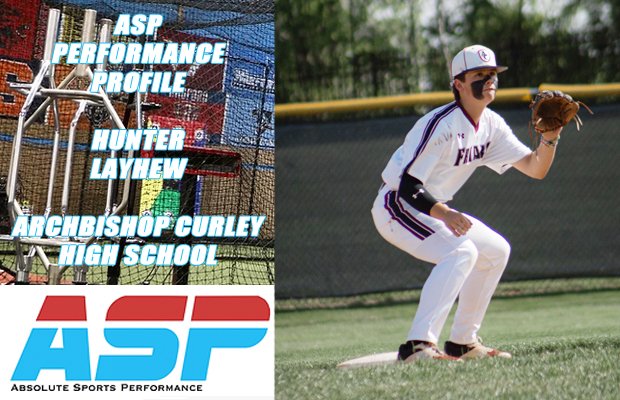 Hunter Layhew had a lot to learn during the 2022 baseball campaign.

After a couple of games playing for Archbishop Curley’s junior varsity, the promising sophomore made the leap to the varsity this spring — and never looked back.

Curley coach Joe Gaeta said that he decided to move Layhew up to the varsity after watching him go deep against Our Lady of Good Counsel in a JV contest early in the season.

Gaeta told the surprised Layhew about his plans, and the youngster responded by asking if he would get much playing time.

“I’m not bringing you up to sit around,” Gaeta answered.

Gaeta said he had a specific role for Layhew in 2022 that could change dramatically by next spring.

“His bat is his strong suit,” the coach said. “We batted him 6th or 7th-ish. He can hit top-end pitching.”

The move paid off, although Layhew finished the season with a modest .214 batting average.

Even so, he had back-to-back games with RBIs, including a key one in a win over Mount St. Joseph.

Layhew also belted an RBI double in the gap and added a single in an 11-6 MIAA A Conference playoff loss to Calvert Hall in a raucous atmosphere at Carlo Crispino Stadium in mid-May.

“It was pretty amazing,” Layhew said. “The stands were packed and about a third of them were Curley kids. It was very loud and very intense.”

Despite facing a major learning curve, Gaeta said that Layhew is coming on at the plate and on the mound as well.

“I had some tough at-bats against some really good guys this season,” The 5-foot-10, 185-pound rising junior said, noting that he also pitched an inning of spotless relief on a double play and a strikeout against A Conference runner-up John Carroll.

Gaeta said that by the end of the season, the right-hander’s velocity was reaching 84 mph.

“That’s attributed to the work he put in,” the coach added.

Layhew said that much of that sweat equity was the result of his mentors at Absolute Sports Performance in Abingdon.

“I found out about ASP from some friends,” he said. “I have been to some pitching camps — a lot of different places — but nothing can top ASP.”

Layhew really revved up his workouts there for both pitching and hitting.