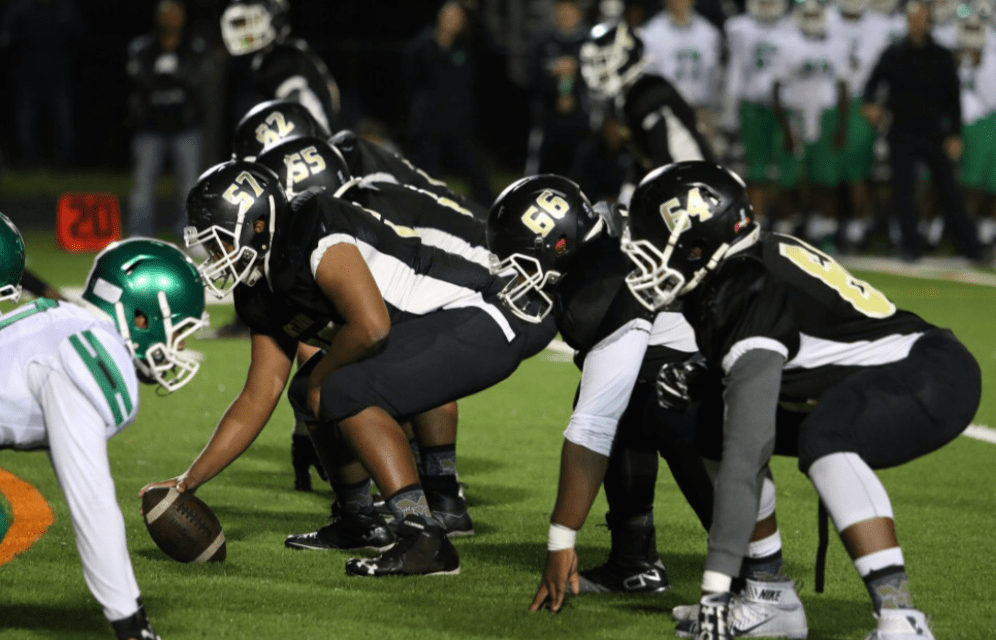 Meade debuts at No. 13; St. Frances and Spalding remain at the top despite Hurricane Irma

For the second straight week, Anne Arundel County is front and center in the VSN Football Top 20. Meade High enters (No. 13) after an impressive win over Arundel this past weekend.  The Wildcats were the biggest mover (14th to No. 11) in last week’s poll.

Elkton also debuts at 20th. The Top 5 remains intact with St. Frances Academy, Archbishop Spalding, McDonogh School, Franklin and Broadneck. The Panthers, who moved to the No. 1 ranking in last week’s state media poll, had its game at IMG Academy in Florida postponed because of Hurricane Irma.

Pictured above: Meade’s offensive line prepares to attack during its 2016 match with Arundel. The Mustangs handled their Anne Arundel County rival Friday to earn a spot in this week’s VSN Football Top 20.

Here is the entire VSN Football Top 20 for Week 2:

Next game: vs. Randallstown, Sept. 15

Next game: vs. Marriotts Ridge, Sept. 15

Next game: at Perryville, Sept. 15

Meade debuts at No. 14; St. Frances and Spalding remain at the top despite Hurricane Irma

Milford Mill looks to finish in 2010