Arundel moves to No. 1 in latest VSN Volleyball Top 20

Wildcats become third No. 1 in as many as weeks; Mount Hebron debuts 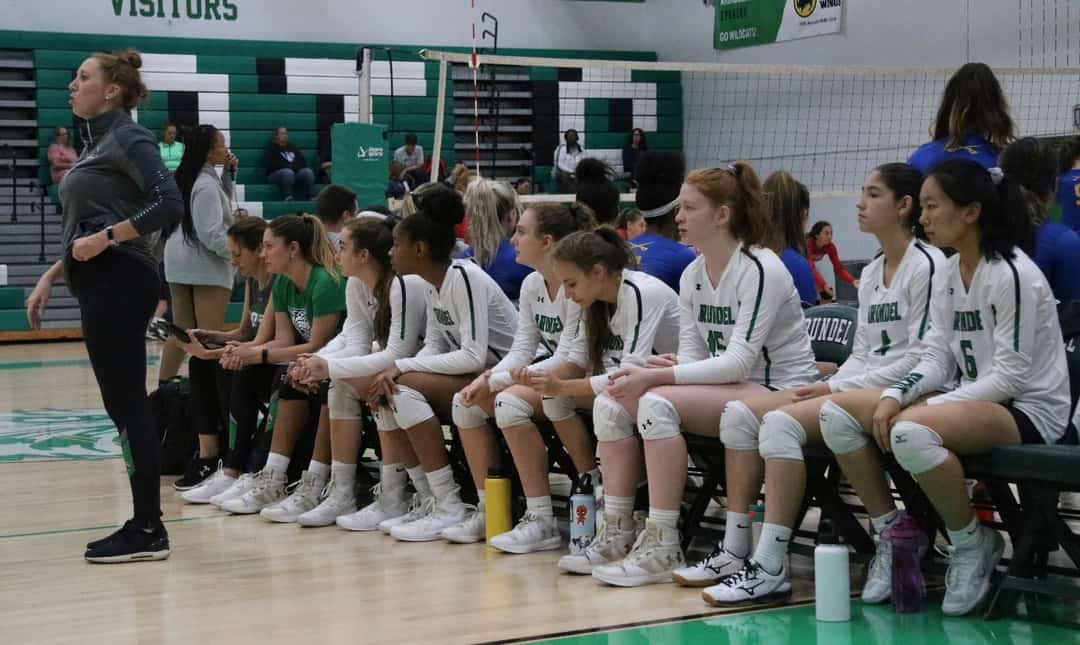 Arundel and coach Ashley Yuscavage (standing) watch the action during Saturday’s Arundel Invitational. The Wildcats, who claimed the title, are the new No. 1 in VSN’s Volleyball Top 20.

The area high school volleyball season is just two weeks ago and the No. 1 spot in VSN’s Volleyball Top 20 is a hot potato. There’s a third different team in the lead position with Arundel.

The undefeated Wildcats, who won their tournament Saturday, replaces Anne Arundel County rival Broadneck in the top spot. The Bruins lost a five-set decision to Atholton, which was No. 1 in the preseason poll.

Reservoir, which soured Atholton’s thrilling 0-2 comeback win over Broadneck with an impressive sweep in Columbia, is No. 2. Westminster, Atholton and Broadneck makes up another new Top 5.

Here is the complete VSN Volleyball Top 20 for week 2:

This week: at McDonogh School, Sept. 24; vs. Archbishop Spalding, Sept. 26

This week: at South Carroll, Sept. 24