Each County school was invited to send three senior all-stars and teams were divided by how they placed in the County standings. The white team, coached by Shannon Garden of Severna Park consisted of players from Annapolis, Chesapeake, Meade, North County, Old Mill and Severna Park. The dark team was led by Broadneck coach Shannon Hanratty and included players from Arundel, Broadneck, Glen Burnie, Northeast, South River and Southern. 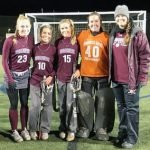 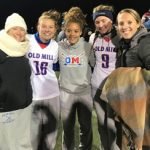 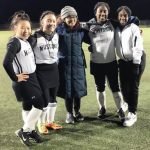