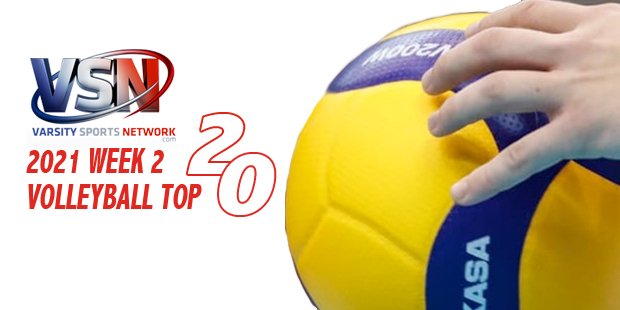 If early results are an indication, there will be lots of shuffling in the VSN Volleyball Top 20 this fall as many teams continue to figure out who they are and who they can be. Early returns, however, show that Arundel High is settling in quite nicely to the No. 1 spot, were they sit in the VSN Volleyball Week 2 Top 20.

Broadneck has climbed up one spot to No. 2, while the Top 5 also includes No. 3 Maryvale Prep, No. 4 Severna Park and No. 5 Howard.

Entering the poll this week are a pair of IAAM teams, as Annapolis Area Christian has won three straight, including a sweep of then No. 10 Archbishop Spalding, and McDonogh debuting at No. 18 after a win over then No. 12 Hereford.

Note: The Wildcats have yet to drop a set through two matches.

Note: Bruins set to challenge No. 1 Arundel on Tuesday.

Note: The Falcons have opened 2-0 in Anne Arundel County play.

Note: The Lions extract some revenge for last spring with a win over then-No. 4 Reservoir.

Note: The Owls dropped some sets in pool play, but reached the semifinals of their own invitational before falling to North Hagerstown.

Note: After a 2-0 start the Gators took thump in league play from then-No. 7 Howard.

Note: The Hawks are off to perfect start in Howard County.

Note: The Knights are undefeated with pair of sweeps.

Note: The Gladiators picked up title at the Linganore Tournament.

Note: Since season opening loss to Maryvale Prep, the Eagles have rolled off three straight wins, including sweep of then-No. 10 Archbishop Spalding.

Note: The Sailors reached the quarterfinals of Westminster Tournament.

Note: The Eagles earn entry into Top 20 with win over then-No. 12 Hereford.