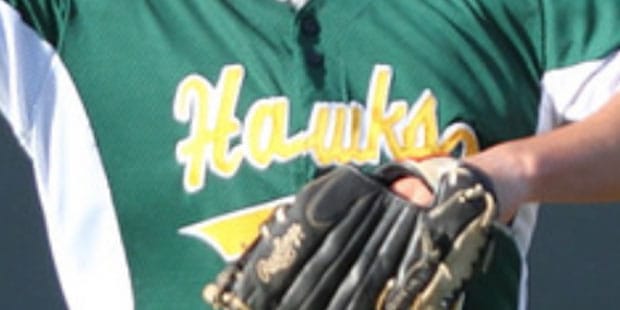 Hawks knock off No. 18 Patterson Mill

Back-to-back infield errors, after one was down in the top of the fourth inning, ignite a three-run rally for visiting North Harford and the Hawks made it standup for a 3-1 UCBAC Chesapeake Division baseball victory over No. 18 Patterson Milll, Monday in Bel Air.

Following the errors, Luke Kelly delivered a bloop single to plate the first run for the Hawks and Mitchell Wittkamp singled to center to plate the second run. After two were down, Brian Hauer delivered the third RBI single of the frame for North Harford.

Kelly and Hauer each finished with two hits.

Wittkamp also made the start on the mound for the Hawks, going five strong innings for the win. He allowed Patterson Mill’s only run, on an RBI single by Ethan Shultz in the fifth inning, but limited any further damage. Wittcamp allowed four hits total, striking out five and walking two. Jackson Stockstill tossed the final two innings to earn the save. Stockstill did not allow a hit and struck out one.

Peyton Celuch took the tough luck loss for the Huskies, allowing five hits and no earned runs in four innings. He struck out five. Nathan Vujanic worked the final three frames, allowing only one hit and striking out a pair of Hawks.

Hawks knock off No. 18 Patterson Mill