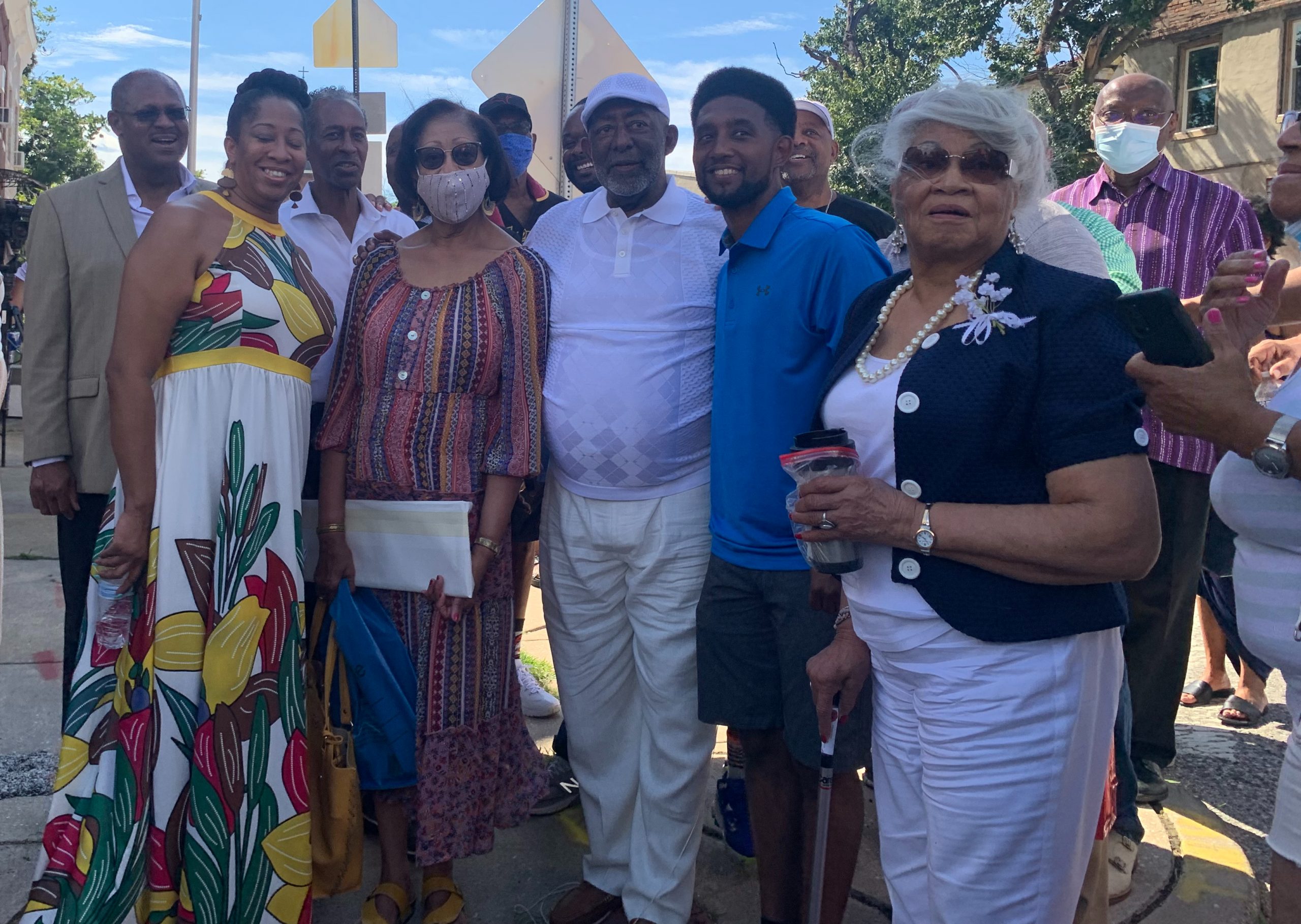 Former St. Frances boys basketball coach William Wells (center) poses with his family and Baltimore Mayor Brandon Scott (next to Wells) after the corner of Biddle Street and Eden Street in East Baltimore was named William Wells Lane Saturday afternoon. Wells, who won 516 games at St. Frances, was honored for his service at Madison Square Recreation Center where he spent 32 years as director.

Baltimore Mayor Brandon Scott said Wells, who served 32 years as Madison Square director, “has made a difference for generations” of children in Baltimore City.

“It’s easy to say that child is bad, that child don’t want to do right, it’s harder to pull that young person when you don’t know what’s going on in their life and try to teach them, through basketball and sports, how they can be a better person,” said Scott.

“He taught me the game of life,” said Keon Chavez, who first met Wells when he was eight year old.

Chavez started helping around the center and setting up for basketball games at “The Dome.” Every night, Wells took Chavez to a food shop around the corner for a chicken box.

“He tried to teach me chess but I was so impatient I had to play checkers,” said Chavez, who later played for him at St. Frances.

Father. Coach. Mentor. Friend. Wells was that, and more, for the thousands of children who walked through Madison Square Rec front door on Biddle Street or the one leading from “The Dome,” the iconic court on the Eden Street side, where all of Baltimore’s basketball all-time best cut their teeth.

Outside of basketball, Wells made Madison Square more than a rec center. It’s a second home for the community.

“He’s changed the lives of so many young people in East Baltimore, West Baltimore…everybody came to Madison Square Rec Center,” said Young. “He doesn’t realize how many lives he has touched.”

“The Dome,” currently under renovation, will have its court named after Wells after completion. Wells created the Craig Cromwell Summer League, the area’s longest running boys’ summer league in 1985.

The league, which has been delayed due to, first COVID-19 and renovations, was named in honor of Cromwell, a Calvert Hall College junior,.who was gunned down in West Baltimore while walking home from his girlfriend’s house in March 1985.

Wells’ motivation to help kids started in Waverly where he was raised.

“I’m a blessed child from a broken home,” said Wells to an audience of nearly 200 next to “The Dome,” including his wife of 49 years, Mavis, daughter, mother-in-law and a host of former St. Frances players and Madison Rec members.

Wells thanked his family and his former St. Frances and Madison Rec players, especially Devin Gray, who passed away suddenly a decade ago. Gray, who Wells took into his Lochearn home from a dysfunctional setting, became St. Frances’ first basketball standout, starred at Clemson University and played professionally overseas.

His path to the small Catholic school, several blocks down from Madison Rec, may not have happened if Monica Scarlett, a then-St. Frances girls basketball player and Madison Rec member, didn’t walked into Wells’ office about 35 years ago.

“She came into my office and said ‘you’re always doing things for boys and you don’t do anything for girls,’” said Wells. “I said ‘what you want Monica,’ and she said we (St. Frances) needed a place to practice. I opened my doors.”

It led to an epic 28-year run at St. Frances. In addition to the seven BCL championships, Wells guided the Alhambra Catholic Invitational Tournament championship in 1996, the last time BCL program achieved it.

But it’s Madison Square Rec where the gravelly-voice Wells became a giant. 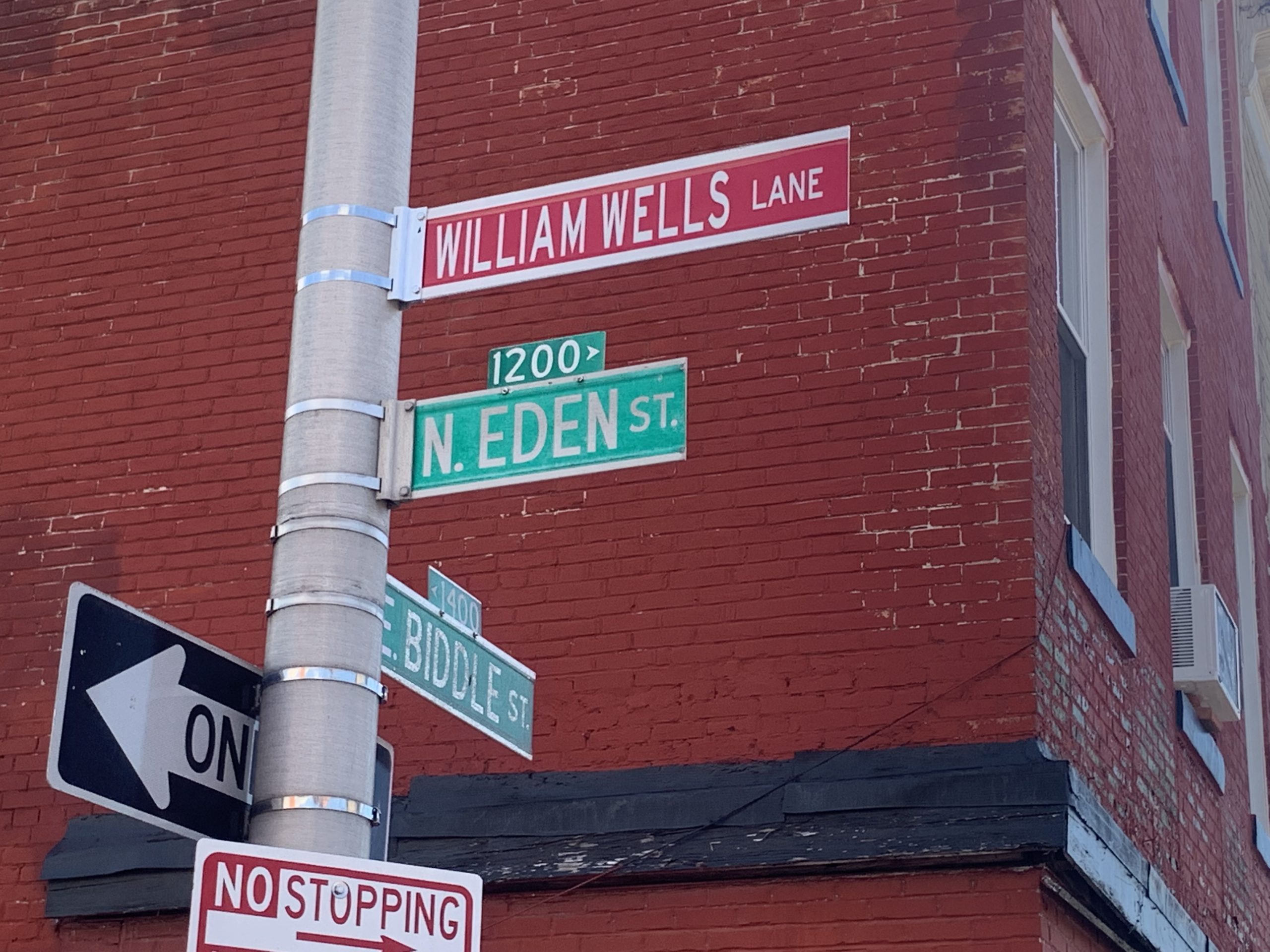