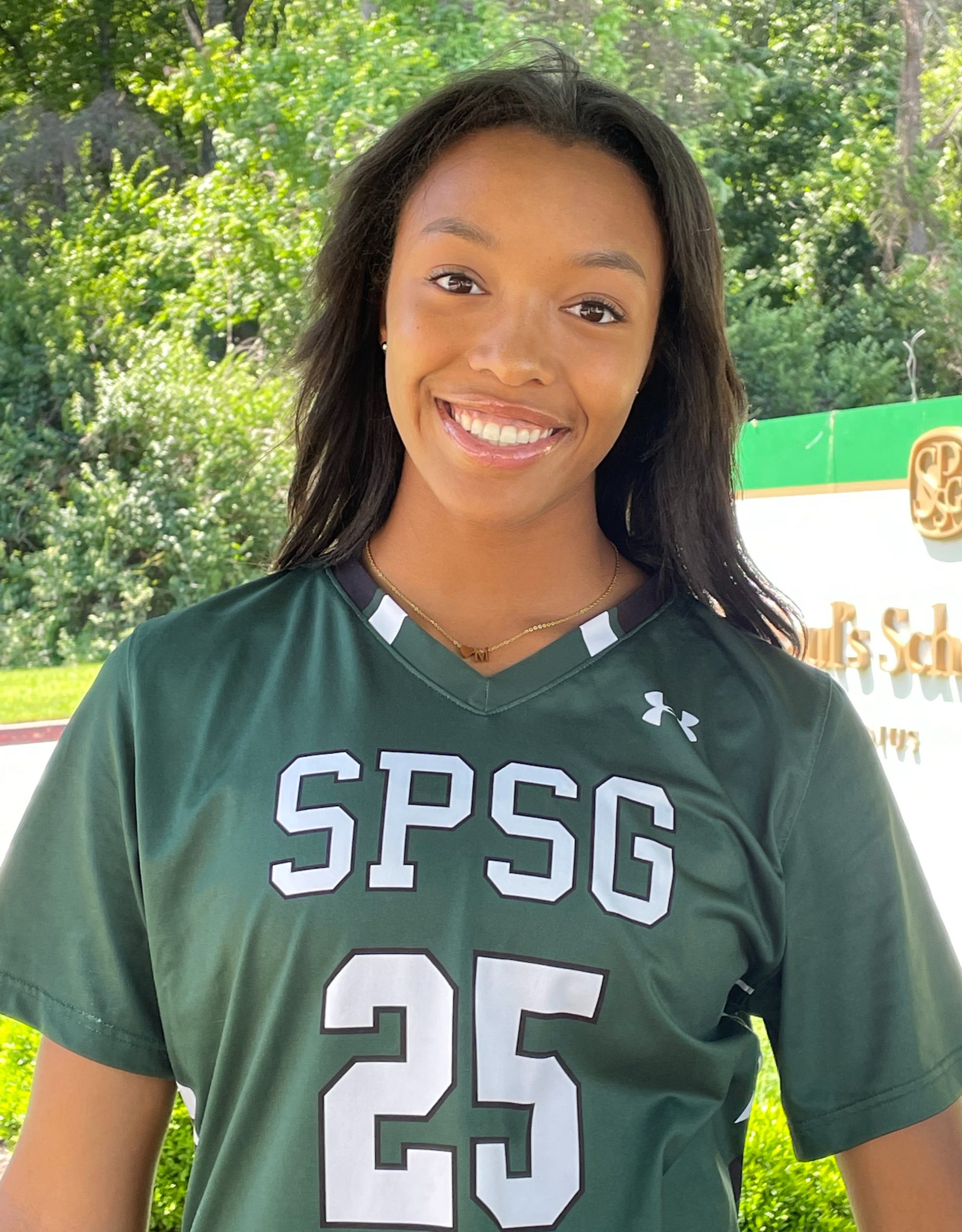 As a freshman, Madison Beale didn’t mind moving to defense when St. Paul’s lacrosse coach Mary Gagnon asked her to switch from the midfield.

“I’ve always loved the defensive part more than the offensive part of being a midfielder,” Beale said. “I think it’s more gratifying causing turnovers and getting those steals, so I was really open about it and I was excited.”

Little did Beale know that three years later, she would be the one player without whom the Gators could not have won a second straight IAAM A Conference championship. They were solid from end to end with a lot of stellar players, but injuries took a huge toll on the defense late in the season.

Her skills, strength and smarts along with her leadership through that rough patch and a terrific performance in the title game make Beale an easy choice as not only the Defensive Player of the Year but as the overall Varsity Sports Network Girls Lacrosse Player of the Year.

“Great players step up in key moments,” Gagnon said, “and Madison knew that we needed her back there. Olivia (Rose) went down… We needed big games from her and she consistently did that. Through the playoffs, she stepped up and made keys plays.”

The Gators finished 17-1 with their only loss coming to No. 2 Glenelg Country School, 20-7, in the regular-season finale.

At that point, Beale was sometimes playing with three freshmen in the defensive unit. Gagnon and assistant Melissa Diepold rebuilt around Beale and the Gators avenged that loss, 15-7, in the A Conference championship. They took back the No. 1 ranking in the Nike/USA Lacrosse Girls High School Top 25 for the second straight year.

Beale held Glenelg Country’s Jaclyn Marszal to one goal in the title game after Marszal had eight goals and six assists in the regular-season meeting.

“She’s so strong and her footwork is incredible,” said Marszal, who played on the same Sky Walkers club team with Beale.

“You think you have a step on her and you really don’t, because she’s just that quick and can get readjusted that fast. She’s just super, super strong athletically and her IQ defensively is so high. She’s just tough to get around.”

Beale said all the injuries upset the most important part of a defense, the chemistry, but being an extremely close team as a whole helped the new unit. Kira Balis returned from her shoulder injury while converted midfielders Anna Regan and Caroline Hoskins had already played on the defensive end.

“It was really hard at first adjusting,” Beale said, “because Olivia Rose and Kira were another two of our strongest defenders and I’ve been playing with them for a while, so we had our dynamic going. Without them, it kind of went away for a little bit. The next people that stepped up, it was kind of difficult just trying to find that balance and kind of work together as a team because I hadn’t played with them as much, but by the end of the season when Coach Melissa and Coach Mary found a final four, we kind of just connected the best and it all came together.”

Beale, an Under Armour All-American headed for Duke, followed her father Dennis Beale, who played at Hereford, and her sister Morgan, who played at Mount Hebron, into the sport.

For most of her career, she played in the midfield and her versatility came in handy for the Gators. She took the draw at times and had 25 draw controls. She also scored eight goals and helped in transition.

“She’s a unique defender that only comes along every once in a while,” Gagnon said. “She played midfield for her club team, but I put her down on defense when she was a freshman and she was just so good there. We used her in the midfield sometimes, but for four years she’s been our rock on defense. She was an all-around top defender.”

Beale, who also played soccer and basketball for St. Paul’s, will put the finishing touch on her high school career at the Under Armour All-America Game on July 30 at Johns Hopkins Homewood Field.

“I’m excited to play other really good athletes that I haven’t had a chance to play against from all across America and I’m excited to get some new gear,” Beale said with a laugh.

Each summer since ninth grade, she has also played with Nation United, an organization dedicated to growing the game through diversity, and she has loved the experience.

“Especially being a Black athlete and not being around a lot of Black people on any of my other teams, Nation United let me experience that, because sometimes it’s isolating being the only Black person on a team. Nation United is majority people of color and it’s totally a sisterhood and I feel so comfortable there. I don’t always feel like that,” said Beale, adding that she did feel comfortable with her St. Paul’s teammates.

Beale conducted a two-year SPIRITUS Scholars project at St. Paul’s that she called “Lax Diversified.” She worked with Bridges Baltimore to bring lacrosse to inner city youth, giving them a chance to learn the game through free clinics she held with help from her Gators teammates. She also held an equipment drive so the youngsters could keep the equipment if they wanted to.

She is dedicated to continuing to work for diversity in the sport as she plays at Duke and studies to become a plastic surgeon. Coaching may also be in her future.

“Teams like Nation United, Charm City Lacrosse, Harlem Lacrosse, they’re making it accessible to everyone. Lacrosse is such an expensive sport. It’s being offered to urban areas where they have the opportunity to just play and get equipment, because sticks cost $200 now. It’s definitely important to see more people who look like me, because when I was little, I didn’t have many role models that look like me to look up to.”