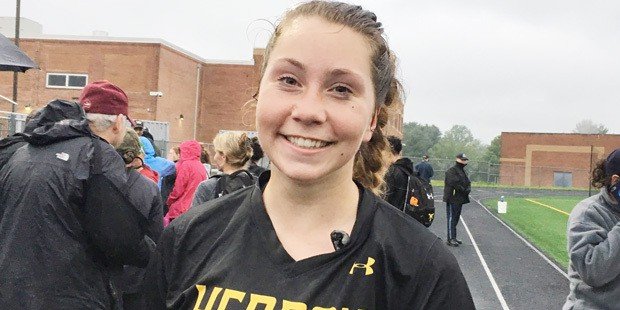 In the first seven minutes of a Class 3A girls lacrosse state semifinal, on Friday, Mount Hebron was definitely swimming upstream after Huntingtown of Calvert County delivered an opening three-goal salvo.

While there was still plenty of time for the Vikings to make a comeback, Vikings coach Lindsey Menton was concerned enough to call a timeout.

Menton’s message to her troops was direct and to the point, stressing that Mount Hebron needed to “do the little things” to get back in the game.

The Vikings followed her advice in a big way, finishing the game on a 12-4 closing run to prevail, 12-7, and advance to next week’s championship against the winner of Bel Air and Westminster on the other side of the bracket.

“We knew we wanted to go to the state final,” said senior midfielder Erin Demek, who led the Vikings with three goals and two assists, about what transpired in the team huddle during the timeout. “We didn’t want this to be our last game. They kicked us in the gut a little, so we just had to get our heads in the game.”

Demek notched the second goal of the outburst and was fouled in the process, giving Hebron a man-advantage that junior attacker Lindsay Connell took advantage of my notching the equalizer midway through the opening period.

Freshman midfielder Haley Kampert then converted a Demek feed to give the Vikings the lead for good with just over 12 minutes left in the first half to up the margin to 5-3.

Junior attacker Abbie Pike stopped the bleeding for Huntington with help from a Smith feed to make it, 5-4, until junior attacker Ellie Miller and senior midfielder Kaitlin Rice answered for the Vikings to make it 7-3.

Pike finished a fast break on a helper from Smith with less than four minutes left in the half before the three-goal bulge was restored at the intermission on another Miller goal.

Huntington inched closer in the early stages of the second half on a Smith-from-Pike tally that was offset by a pair of Demek goals and one by freshman attacker Michelle Pak to boost the margin to 11-6 with just over eight minutes remaining in regulation.

That was about it for the Hurricanes, who were competing in their first-ever state semifinal with a team that showed flashes of excellence.

“We had some really good short passes in the beginning,” Huntingtown coach Rachel Frank said. “We’re good at those. But in the second half, we fizzled a little bit.”

At least part of the reason for the fizzle was a Viking defense that shored things up considerably over the final 40 minutes of the contest.